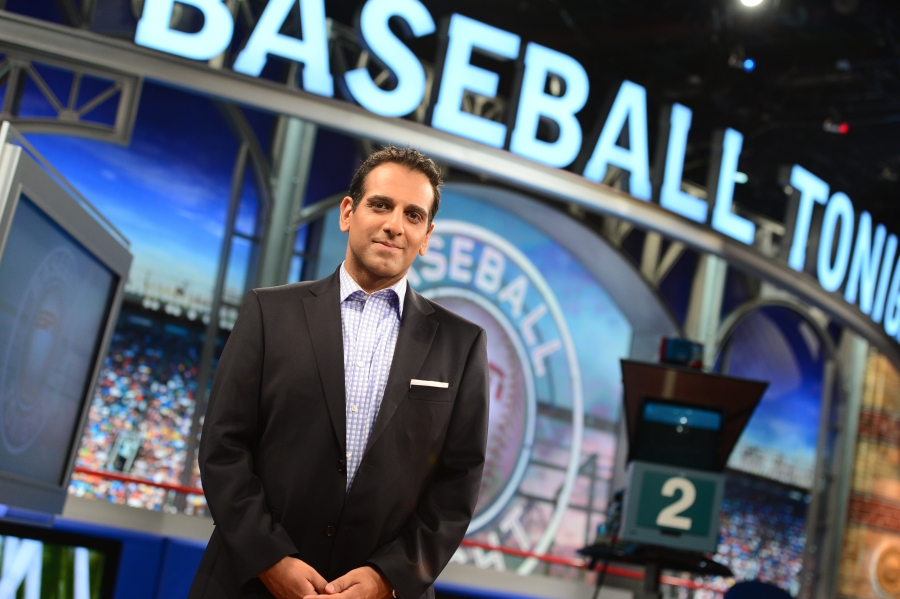 Former ESPN anchor Adnan Virk is joining DAZN. Virk was fired by ESPN last month around a leak investigation, less than a year after signing a multi-year contract extension with the network. Now, James Andrew Miller reports that Virk is heading to DAZN (where the group chair is former ESPN president John Skipper) to helm their upcoming baseball show, and Andrew Marchand adds that this is possible thanks to Virk and ESPN agreeing they won’t litigate their dispute:

The DAZN show seems like a logical fit for Virk. While he held a ton of roles during his time with ESPN, including hosting College Football Final and college basketball studio shows and serving as a regular fill-in host on properties like Golic and Wingo, some of his most prominent work came on Baseball Tonight. And this is going to be a high-profile role; the three-year deal DAZN signed with MLB in November is one of their biggest U.S. moves to date outside of boxing. Here’s more information from their November release about what’s planned for that show:

The partnership will deliver a live show each weeknight, available to subscribers via DAZN’s digital sports streaming platform, that will feature live look-ins to the best MLB action as it’s happening. This show will seamlessly whip around live MLB games to showcase the most suspenseful moments, crucial plays and biggest rallies. Additional details of the show, which will be coproduced by MLB and DAZN, will be announced in the coming months. There also will be on-demand MLB content and live weekend wrap shows available to DAZN subscribers.

“We are thrilled to partner with MLB on this important new initiative, which will be a great complement to and promotion of the outstanding lineup of live games from its national and regional broadcasters,” said Skipper. “We will target young multicultural fans, many of whom do not have pay television. The fast-paced nature of a whip-around show will appeal to this audience and bring in new fans. Ultimately, our goal with MLB is to grow both the overall audience for baseball and the burgeoning DAZN business.”

Virk’s experience as a studio host in general and a baseball studio host in particular makes him seem like a reasonable choice for what they’re planning here, and he’s also a well-known name that gives DAZN’s show some credibility upon launch. Skipper and new DAZN VP of talent Josh Santry also are quite familiar with Virk; Santry was at CAA before joining DAZN, and Virk is repped by CAA. Meanwhile, agreeing not to litigate means Virk won’t receive the money that was left on his deal, but it does allow him to jump back into work elsewhere right away. We’ll see how this move works out for Virk and DAZN.

UPDATE: Per Richard Deitsch, Virk will also appear on MLB Network as part of the new deal.

Seems MLB is happy to have him. https://t.co/5xGAqCHxBv