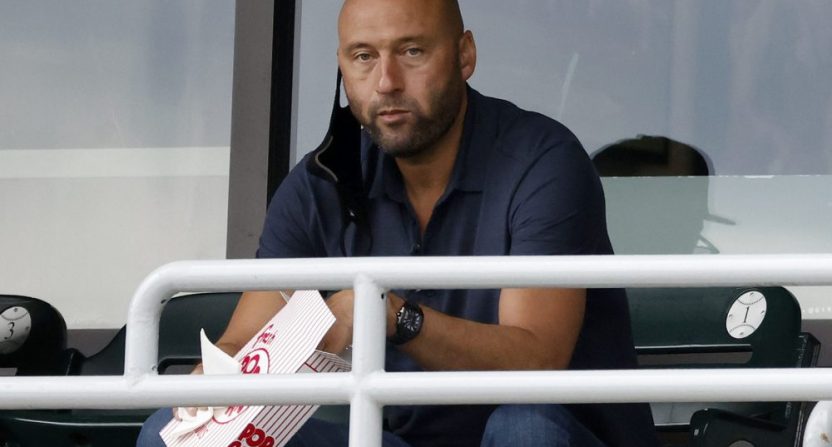 Entitled The Captain (of course), the series will be directed by Randy Wilkins, with Spike Lee and Mike Tollin receiving executive producer credits.

ESPN Films today announced a multi-part documentary series that will tell the story of one of the greatest icons in modern sports and reveal the man behind the icon. Derek Jeter’s arrival with the New York Yankees helped transform a struggling franchise into a storied dynasty, all within a time of great change in New York City. As Jeter forged a Hall of Fame career, he established himself as the model Yankee both on- and off-the field, with his style, class, and charisma. Jeter’s commitment to winning came with a rare combination of competiveness and cool, traits he has taken with him into retirement as he tackles new tests as a team owner and executive with the Miami Marlins and as a father. As he prepares to enter Cooperstown this July, he is pulling back the curtain to reveal what it was really like to be “The Captain.”

Wilkins tweeted about the project.

I never thought I would be given the responsibility to tell Derek's story. I take great pride in this. I won't get too deep into this now, but trust me, this will not be a baseball highlight package. We're going to tell a robust story that extends beyond the field.

I personally don’t think this will have much of the appeal that last spring’s The Last Dance did, for several reasons. Jeter, while a Hall of Famer, wasn’t a dominant, game-changing icon like Michael Jordan was. He also didn’t have the level of mystique about himself that Jordan did, and aside from the gift basket story, there wasn’t much off the field during Jeter’s career that became a lightning rod of controversy. Jeter just seemed so plain, so vanilla, and so over-mythologized by the sports media world over the last decade-plus over his career.

Six episodes seems more than a bit much to me. I like to joke that I’m not the target market for many of these projects, but in many ways, I’m the exact market that would be interested in a series like this. However, Jeter isn’t a subject that piques my interest all that much, and I’d much rather prefer a series focusing on someone like Ken Griffey Jr. Griffey did (much) less during his career from a team perspective, but had far more of an impact off the field, and that usually creates a much more compelling feature.