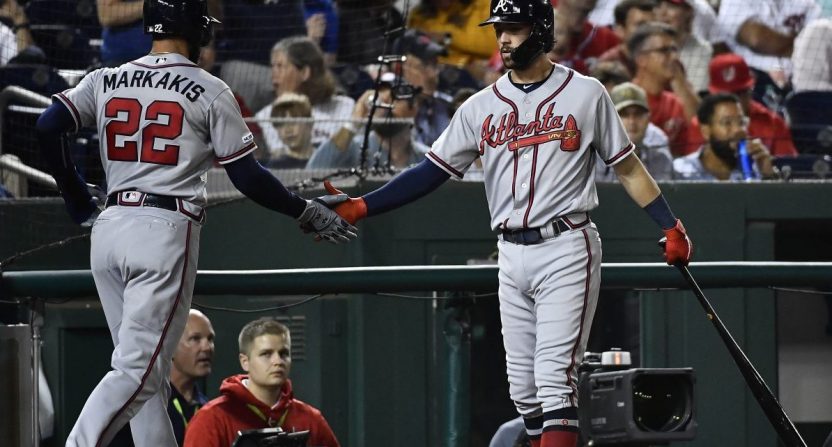 It’s the Metro Editor part that’s a lot more surprising when you read his piece from September 7th (headline: “CARLTON FLETCHER: Answers to ladies’ questions about baseball”), which is an attempted piece of humor in the form of an imaginary mailbag designed to helpfully explain baseball to women everywhere. Let’s start with the note that now sits at the top of the piece, a reaction to the widespread criticism the column has drawn in the weeks since it was published.

Again, this is with the benefit of both hindsight and an outpouring of ridicule:

EDITOR’S NOTE: This column appeared in The Albany Herald on Sept. 7 to little fanfare. But it has created something of a national stir after being shared on websites by readers who assume this is some archaic example of a south Georgia redneck Neanderthal who believes a woman’s place is in the kitchen. The inspiration for the story came while watching an Atlanta Braves game with a “female person” (which is not a swipe at women, incidentally, but an attempt to poke fun at the care with which we refer to gender these days) who remarked about players spitting all the time.

The column was a tongue-in-cheek poke at SOME women’s response to the gross habits of men who play sports. In no way should anyone read into this that I don’t think women know the intracacies of baseball nor understand the game. It was meant to be funny, and while I’ve learned that the humor is lost on many readers (Elaine Boozler? But I’ve always loved you …) it should be noted that none of the women who are regular readers of The Herald expressed outrage over the contents of the column. But they’re regular readers, while others who are not would not know the intent at humor. I love women. And I have always said that they are, by far, the superior gender. — Carlton Fletcher

Anyone can mess up. It happens all the time, and while the original column was woefully misguided at best and incredibly offensive at worst, the fact that Fletcher could come away from that experience and then somehow make it even worse with an update is almost impressive. It’s hard to fail that well. Because, to be clear, the original piece was very, very bad, from conception to execution.

Here, for example, is where that “female person” bit comes in:

(By the way, if that female person is willing to sit through a game that she cares and/or knows little or nothing about — without complaining, mind you — she might just be a keeper. And, guys, it wouldn’t hurt you to repay the favor by watching some kind of Chick Flick or dumb reality show with her, either of which might put you off your dinner. Just a friendly suggestion from a guy who understands the fairer sex about as well as quantum physics.)

Back to the game.

It’s revealing here that to Fletcher, an idea of a good time is to have the opportunity to mansplain for three hours. It’s kind of odd, since most people like to do something different for fun than they do for work.

If you’re one of those female persons who is willing to sit down with your dude and watch a baseball game without getting antsy two or three innings in, I offer you the following guide to help answer some of those questions that you might feel like asking but don’t want to seem dumb.

From here on, Fletcher spends time coming up with the questions he thinks women would have about an average baseball game. Why is there spitting? Why do players adjust themselves? You know, the hard-hitting stuff.

QUESTION: Why do players pat each other on the butt all the time? Is there some kind of homo-erotic element of the game that we don’t know about?

ANSWER: As Sir Mix-a-Lot so aptly told us back in the day, guys like butts. (Sir Mix, big ones, but that’s his thing.) Since it is not, though, a good idea to express that sentiment or, worse yet, act on it in the everyday workplace, especially if your co-worker happens to be a female, guys just settle for a lesser thrill and do this with other guys on the ball field. For some reason, women don’t appreciate a good butt-pat and “good job” when they close an account or complete a delicate operation successfully. So guys just pat each others’ butts and move on.

There’s quite a bit to unpack here, not least being his incredibly poor decision to attempt a joke about workplace harassment. But let’s instead focus on a different subtext here: Fletcher assuming that a congratulatory butt slap is strictly the domain of men playing sports. It will shock none of you except Fletcher that no, women do this too! All the time, across a variety of sports and levels. The obvious inference is that Carlton Fletcher doesn’t spend a lot of time watching women’s sports. That probably wouldn’t be much of a surprise given the rest of the column.

The closing, though, is a work of art:

So, there you go, ladies. You now know the answer to all the questions about baseball you’ve wondered about but have avoided asking your man. You’re welcome. And, as an answer to your final question: No, neither I, your guy nor any other fan can get you Dansby Swanson’s or Freddie Freeman’s phone numbers.

Thanks, Carlton. Your “comedic” insights are a vital asset to the world of sports.