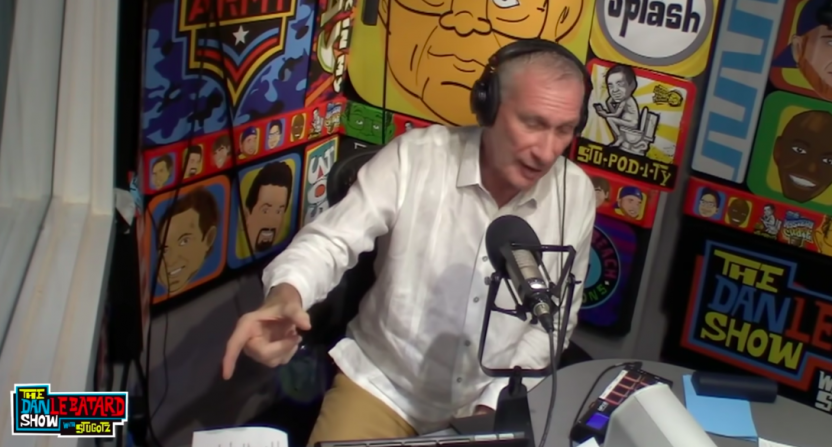 Last week, former ESPN president (and now Meadowlark Media executive) stopped by that company’s Le Batard and Friends show to discuss Texas and Oklahoma headed to the SEC and the impact that will have on the college football landscape. The former ESPN head honcho made headlines by suggesting that it was possible the Worldwide Leader played a role along the way in making this happen (as Big 12 commissions Bob Bowlsby claimed in a strongly worded letter). The conversation also touched on the way that conference realignment or a 12-team playoff could end up bringing a pay-per-view or paid service model into play for college football.

Skipper stopped by the podcast again later in the week for the Postgame Show, a 30-minute discussion that digs into the previous appearance, for some more talk around conference realignment, how media partners get involved, and how the pay-per-view model could find its way back into the mix. Speaking of the PPV model, Le Batard and co-host Stugotz floated a question about which professional league might consider shifting to a pay service model for their major events. It led to an interesting discussion about the potential of one day seeing the Super Bowl leave broadcast television for a streaming or paid platform.

Stugotz: Do you think one of these big leagues will go to a streaming company?… Who do you think is the first league that will go for the money there even though it might lead to a decrease in viewership and exposure?

Le Batard: Is there a chance…, and you’ve negotiated with MLS in the past, is a league gonna figure out that they can do this themselves? That they don’t necessarily need a partner and they don’t need to split that revenue and nd there’s probably more money in it for them just building out their own service?

Skipper: …Generally, the math doesn’t work. Fans don’t want to buy a league pass. They want to buy a service that gives them most of the sports they want. They’re willing to buy two or three or four. I think it’ll be just like it’s been before. I think ESPN+ will continue to hold most of the rights and that’s what you’ll have to have. And then you’ll have to supplement…you may end up with some pay-per-view stuff. Super Bowl…that’s an interesting thing. Take that to pay-per-view.

Skipper: I mean that’s how they’re gonna replace the money someday. Because there’s not gonna be enough money in the advertising…if people are willing to pay big money to see Floyd Mayweather fight a Paul brother, I would think the money generated by a pay-per-view…maybe you’ll be able to pay a lifetime sub…

Stugotz: How much would you pay to have the Super Bowl for the rest of your life?

Skipper is obviously speaking off the cuff here, but he’s also someone who spent a decade running major sports networks and negotiating large television rights contracts for sporting events. So while the idea of the Super Bowl leaving network TV for a pay model might sound absurd, the fact that he sees it as a distinct possibility makes it worth considering.

You can also factor in that Super Bowl audiences, while still humungous, have been declining steadily in recent years. Couple that with the fact that ad rates continue to skyrocket and perhaps there’s a tipping point in the near future where networks start rethinking their investment and the NFL starts wondering if it can simply make more money moving the biggest sporting event in America to a paid service or PPV model.

Of course, TV networks like CBS, NBC, and Fox are going to have a lot to say about seeing one of their crown jewels go away, so perhaps that’s more wishful thinking than reality. And it’s not as though all of Skipper’s NFL predictions have panned out.

Maybe the idea of the Super Bowl going to a paid service or PPV sounds crazy but, then again, a lot of things that sounded crazy two years ago have become pretty normal recently. Who knows what the media landscape might look like 5-10 years from now. In the meantime, we’re left to ponder that ultimate question…if the Super Bowl ever did go to a paid model, how much WOULD you pay to watch it?