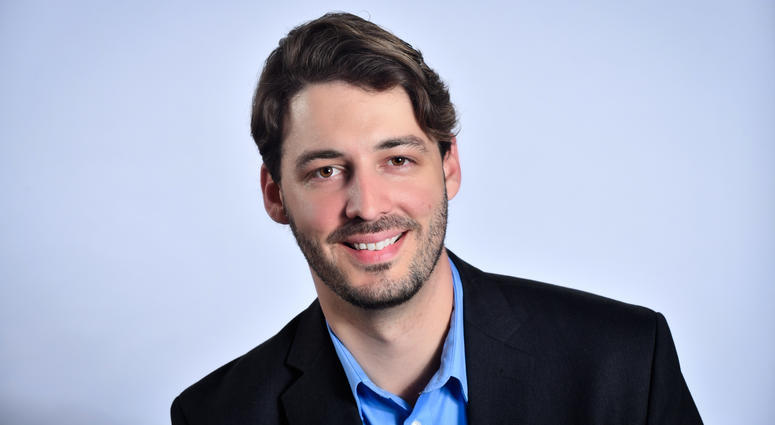 Earlier this week, WWL radio host Seth Dunlap was the target of a homophobic slur posted by his own station’s Twitter account.

That’s incredibly offensive in any context, but it was even more horrific as it appeared to be in retribution for Dunlap’s open letter to Saints quarterback Drew Brees, in which Dunlap expressed how Brees aligning himself with conservative groups impacts Dunlap, who is openly gay.

My wife used to tell me not to go on this radio station because she always felt undertones in their political coverage. Looks like she was right. @WWLAMFM pic.twitter.com/x8AalJCwu9

Now, as was probably inevitable and is certainly understandable, Dunlap announced via Twitter thread that he’ll be taking a leave of absence from WWL.

Thanks to the many people inside and outside the organization who have shown their support over the past couple of days. There are many people working at WWL and Entercom who are wonderful people, and have been unfairly swept up in this.

I look forward to speaking more about this incident soon. Don't worry, I'm not going away. I am just taking time to decide what's best for my career, but also for my life away the microphone. ✌️❤️

Dunlap’s stance is actually pretty forgiving, all things considered. He has every right to be furious. The Advocate is reporting that WWL is still investigating, and that the general feeling is that most of Dunlap’s coworkers hope whoever did it is exposed.

It’s not clear when that probe may be completed or how far along it may be.

But, the source said, station employees are eager for the investigation to wrap up and for whomever sent the tweet to be identified, in part so that online speculation as to who may be responsible ceases.

“There’s no reason anybody speaking on behalf of WWL would have an interest in hurting Seth like that or WWL like that,” the source said.

“We love Seth. The accusations people are making that this was an official attack on him (by the station) are hurtful and incorrect,” the source said. “He’s grown through the ranks. He’s been promoted and given greater exposure. There’s never been a problem with his being gay.”

It sounds as though the majority of Dunlap’s coworkers have his back, and while that’s probably comforting (and indeed, the environment overall may help to explain why he didn’t quit outright, although reading too much into that is probably too speculative), it certainly doesn’t excuse the slur. Nothing would.

It’s also probably a bit dangerous to read too much into the idea that WWL is nothing but a supportive workplace; in his letter, Dunlap recounts an issue last year when one of his superiors at the time suggested a gay man covering an NFL team wouldn’t work.

Fast forward a decade and I’m working as an out-and-open gay man in sports media in the heart of the Deep South. I’m sure you can imagine the kind of daily hate I receive for simply living my life while doing what I love do to — cover sports. Still, I thought the shame I had once felt in my life had essentially passed by. It had, for the most part, until a little over a year ago when my then-general manager asked people I worked with why I was being allowed to cover your team, the Saints, explaining that it would ‘make players uncomfortable.’ A torrent of shame rushed over me to a point where I briefly thought about leaving the sports media industry completely, only to be talked off that ledge by some close friends in the local media scene.

Dunlap deserves to do whatever wants here, and no matter what he decides, from returning to work to suing the place into the ground, he should be commended for his bravery. Whoever posted that slur, though, deserves as severe a punishment as possible.