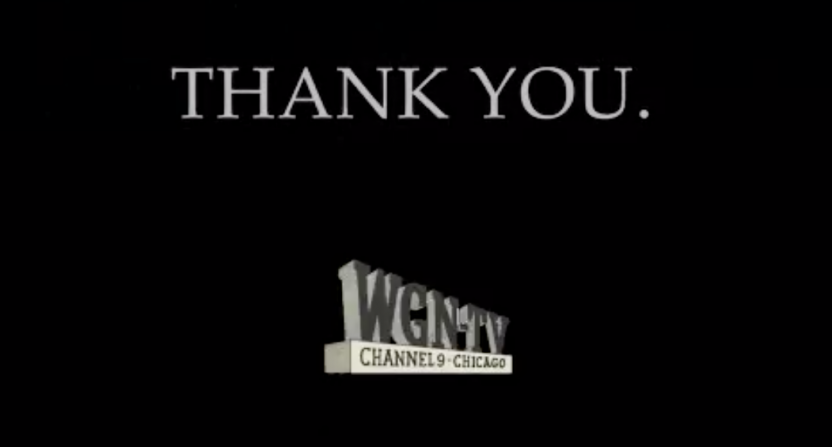 The last few years have been a time of great change for the Chicago Cubs organization. They memorably won their first World Series in 108 years in 2016, cementing a turnaround from Major League Baseball’s longtime lovable loser into one of the premiere franchises. Meanwhile, the Ricketts family, who own the Cubs and Wrigley Field (and much of the property around it), were in the midst of remaking the surrounding Wrigleyville neighborhood into a higher-end destination, replacing the local Taco Bell and autobody shops with boutique hotels and upscale sports bar tenants. And it was only a matter of time before they did what every successful pro sports franchise does these days; introduce their own television network.

The Cubs, along with broadcast partner Sinclair, officially confirmed the impending launch of the Marquee Sports Network, a cable channel set to launch in the spring of 2020 that will serve as the broadcast home of the Cubs, back in February. But with that new beginning had to come with an ending. That ending is the broadcast relationship between the Cubs and WGN, who had been televising Cubbies games since 1948, both locally in Chicago and throughout the nation in their stint as a “super-station.” It’s a partnership that not only helped create Cub fans around the country but also helped make broadcaster Harry Caray a household name outside of the Midwest.

The Cubs had already left WGN Radio back in 2014 and moved some of their home broadcasts to other networks (which has caused some complications from time-to-time), but WGN has felt like home for many fans of the team for their entire lives.

Saturday was the Cubs’ final home game of the 2019 MLB season that WGN had broadcast rights to (against the St. Louis Cardinals, of course), marking the partial end of a relationship that spans decades and a TV experience that generations of fans remember fondly as a time before the Cubs went “corporate.” WGN will still broadcast two further road games, Cubs-Pirates Wednesday and Cubs-Cardinals Friday, but their last game at Wrigley was important. And they led up to it by releasing a touching video earlier this week recapping historic and iconic moments from their Cubs broadcasts:

The montages and memories kept coming throughout the week.

Gonna be a good one today. #Cubs #Cardinals today at 1 on the old number 9. #Chicago #EverybodyIn pic.twitter.com/0slBW4tYvd

And the Cubs reciprocated with a montage of their own during the game on Saturday.

Given how important the 7th inning stretch is at Wrigley Field, thanks in large part to Caray, they made sure it was an especially good one on this occasion as well.

Today is the final Cubs home game on WGN.

And of course, the tributes and goodbyes poured in from all across Chicago and beyond.

A proper goodbye to the last Cubs game on WGN pic.twitter.com/uOtAKGaZsv

Like so many others, WGN is the main reason I became a fan so many years ago. Harry Caray and Steve Stone and Gracie and Ryno. Farewell, WGN ? https://t.co/PrNPUYrVBT

Am I supposed to be crying why am I crying https://t.co/2lhOZiVtDt

And, as they had so many times before on WGN, the Cubs ended things in the most historically accurate way they possibly could. They lost in heartbreaking fashion, giving up back-to-back home runs in the 9th inning to lose 9-8. A little too on the nose, if you ask us.

BACK-TO-BACK TO START THE 9TH! ? pic.twitter.com/MAsA4M07hH

For Cubs fans who want to be able to watch their favorite team as often as they used to be able to, they’ll have to shell out whatever the subscription cost ends up being for Marquee Sports Network, or be customers of the cable providers it’s eventually available on. That’s not a welcome change for many fans, but it’s the reality of the modern sports watching experience, especially for a franchise like theirs.

Of course, they can always head to Cubby Bear or Murphy’s Bleachers and watch games there, too. The more some things change, the more other things stay the same (at least for now).