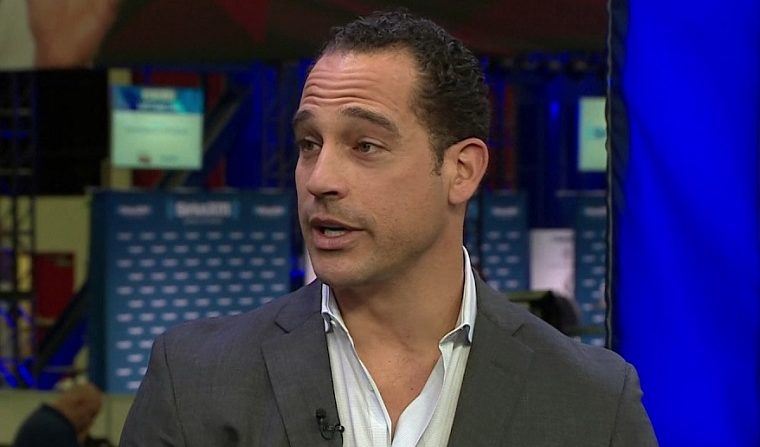 Boston sports talk radio station WEEI just can’t stop making headlines for the wrong reasons. On Friday, the Ordway, Merloni & Fauria show thought it would be funny to dramatize the text message exchange between Boston Herald columnist Ron Borges and someone posing as Tom Brady’s agent, Don Yee. That conversation compelled Borges to write a story that turned out to be completely false.

During the segment on Friday’s show, co-host Christian Fauria played the part of Yee, making the extremely ill-advised choice to give the Chinese-American a stereotypical Asian accent. Yee was born in Sacramento, California and speaks with nothing resembling the racial caricature Fauria was giving him for the sketch. But Fauria and everyone else on the show apparently thought that would be funny.

Based on what he thought Yee was telling him, Borges’ story asserted that Brady was prepared to sit out offseason activities until he received a contract extension that matched the money former backup Jimmy Garoppolo will be getting from the San Francisco 49ers. With that five-year, $137.5 million contract, Garoppolo is now the highest-paid player in the NFL per average annual salary. “For me, I don’t know why, Don Yee sounds like an Asian guy,” Fauria said before the bit began.

Here is the audio, via Deadspin:

“It’s so much more fun that way,” Fauria said. Though the other hosts probably knew Fauria’s choice was wrong and racist, even pointing out that Yee “sounds like a Caucasian,” they couldn’t help themselves giggling and slamming the desk in laughter.

However, someone in WEEI management apparently informed Fauria that what he did on the air was wrong (or the station received negative feedback, perhaps seeing the response on social media) and the former New England Patriots tight end issued an apology on Twitter.

Earlier today I made a horrible attempt at humor. In a segment during the show, I impersonated agent Don Yee in an insensitive and regrettable way. I want to publicly apologize to Don and anyone in the audience who heard it.

I have also reached out to Don directly to personally apologize. I have been disciplined by WEEI management and I fully support their decision.

Fauria referenced the discipline handed down by station management, which is a five-day suspension.

Earlier today during his show, Christian Fauria impersonated athlete agent, Don Yee in an insensitive and ill-conceived attempt at humor. We regret Christian’s commentary and we apologize to Mr. Yee and those offended by the segment.

We do not support or condone Christian’s comments, and we have suspended him for five days effective immediately.

Fauria becomes the second on-air personality suspended by WEEI in the past two weeks. On Jan. 26, Alex Reimer was suspended indefinitely and pulled off the station’s Super Bowl LII coverage for remarks he made about Tom Brady’s daughter, based on the quarterback’s documentary series Tom vs. Time, on the air. Appearing for his weekly segment on the Kirk & Callahan show three days later, Brady cut his interview short in light of the comments and is currently deciding whether or not he’ll continue on the program.

also worth pointing out: alex reimer has been suspended for 15 days and counting for insulting brady’s kid. fauria suspended five days for mocking asian people.

It’s certainly worth noting that Fauria was suspended for five days, compared to Reimer being suspended for 15 days and counting. What’s worse: perpetuating a racial stereotype and insulting an entire ethnicity or pissing off a prominent local sports star who appears every week on the station (part of WEEI’s contractual agreement with the Patriots)? Unless listeners and advertisers objecting to Fauria’s ill-advised comedy bit somehow affects the station’s bottom line, losing favor with Brady — and the Patriots — has the potential to affect WEEI’s fortunes and access, especially in the short-term. Obviously, money has the biggest influence on such decisions.

Ultimately, this is another unfortunate example of outrageous, offensive behavior from a station — and sports media market — that can’t seem to stay away from controversy. Will we be writing another story like this a week or two from now?