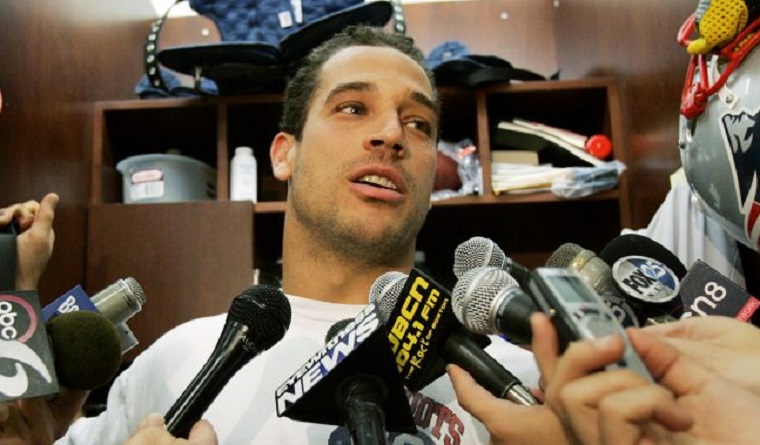 Boston’s WEEI suspended on-air host Christian Fauria for using a stereotypical Asian accent to imitate Tom Brady’s agent, Don Yee. But the sports talk radio station may have to do more to address the ill-advised comedy bit and other recent incidents that have offended audiences.

As first reported by The Boston Globe, two sponsors have pulled advertising from the station in light of Fauria’s racially insensitive imitation during WEEI’s midday Ordway, Merloni & Fauria show last Friday. Both Comcast and the City of Boston Credit Union said they would no longer advertise on the station as of Monday (Feb. 12), effective immediately.

WEEI did suspend Fauria for five days following the incident, and he issued an apology on Twitter. But that apparently wasn’t enough to appease the two sponsors. And now that those companies have pulled advertising, it’s natural to wonder if more sponsors will soon follow.

The on-air sketch involving the caricatured Asian accent was in response to Boston Herald columnist Ron Borges being duped by a fan posing as Yee. Borges received text messages that said Brady wouldn’t participate in offseason activities with the New England Patriots unless his contract was extended to match the league-high salary given to former backup quarterback Jimmy Garoppolo, now with the San Francisco 49ers.

“A series of recent incidents have made it clear that the culture of the station is not reflective of our values of inclusion, acceptance and mutual respect. We have a responsibility to our diverse membership to spend their advertising dollars responsibly and cannot support what is, in our opinion, the hateful and divisive content that seems to have become a matter of course at WEEI.”

WEEI has also drawn negative publicity in recent weeks for comments another on-air personality made about Brady’s five-year-old daughter and her appearance on the quarterback’s Facebook Watch documentary series, Tom vs. Time. The station suspended Alex Reimer indefinitely, and Brady cut his weekly interview with WEEI’s Kirk & Callahan show short because of the remarks. He is currently re-evaluating whether or not he’ll continue appearing on the station, though WEEI has a multi-year partnership with the Patriots that includes segments with Brady and coach Bill Belichick.

Thanks for calling them out, Shirley @leung. This is why we @easternbank don’t advertise on this station. https://t.co/lBImhOipyD

The two sponsors pulling advertising from WEEI follows a Boston Globe column in which Shirley Leung criticized station management for not doing enough in response to the Fauria incident.

If management can’t set the right tone, that means advertisers need to step up and take their money elsewhere until the culture changes. That means the Patriots and Red Sox — the teams that have relationships with the station — need to say something, to do something.

She also encouraged Ordway, Merloni and Fauria to go to Boston’s Chinatown and play the segment — in which Ordway and Merloni can be heard laughing during Fauria’s caricature — in front of an audience that can explain to them exactly why the attempt at humor was so offensive.

As Leung points out, this isn’t the first time that sponsors have pulled advertising from WEEI because of controversial remarks made on the air. Last year, Massachusetts Treasurer Deb Goldberg eventually canceled the department’s contract with the station because of comments made about the transgender community. In 2014, Dunkin’ Donuts pulled all of its advertising off WEEI and sister stations after Gerry Callahan made derogatory comments about the chain’s donuts — which he was paid to endorse.

If more sponsors continue to pull advertising, WEEI may have no choice but to take further action with Fauria, a former Patriots tight end. As we’ve seen throughout media when on-air personalities become involved in controversy or scandal, it’s often when a station’s bottom line is affected by losing ad revenue that such matters are fully addressed.