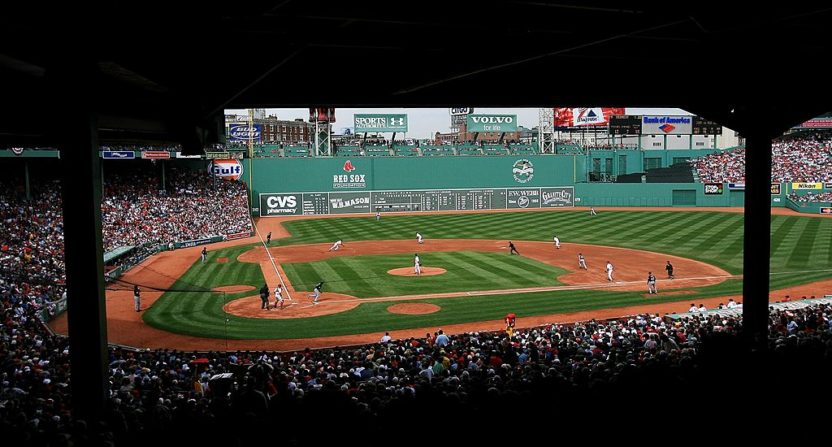 Earlier this week, news broke that Red Sox radio man Tim Neverett was leaving WEEI after three seasons. Considering Boston just won the World Series, the news was very oddly timed. Weirder still was the report from Chad Finn of The Boston Globe mentioned that WEEI had considered a format change, pivoting towards more of a talk show than a traditional radio broadcast.

Finn was back today with a report noting that a job posting for the open position went out to an industry-specific mailing list mentioning the format change was still being considered:

Here are the first few paragraphs from the writeup in the STAA email about the job:

There is an opening on the Boston Red Sox radio play-by-play team following Tim Neverett’s decision not to renew his contract.

The Boston Globe has reported about plans for major changes to this broadcast format. STAA knows these plans to be true. WEEI wants to drop the concept of a conventional radio baseball broadcast to make the call of the game sound more like a talk show.

WEEI [program director] Joe Zarbano is eager to receive applications. However, he tells STAA he doesn’t want to be bombarded with email attachments.

This is not true. If you checked with me I could've told you that. The only thing I sent to StaaTalent was a reply confirming that the job was open and people can apply. https://t.co/2IeAGrQB9U

Ok well STAA is wrong too. Again, you could have checked with WEEI and we would've told you that. We do not want the Red Sox broadcast to sound like a talk show and anyone reporting that is spreading misinformation. https://t.co/aQMnI4Yjn9

So what does WEEI want in a broadcast? Well, here’s the job listing:

“WEEI, Boston’s legacy sports radio brand and the winner of the 2018 Sports Station of the Year Marconi award, is seeking an experienced and talented individual to be the next play-by-play announcer on the WEEI Boston Red Sox Radio Network. The candidate selected for this dream job opportunity will sit alongside Red Sox Hall of Famer Joe Castiglione in the broadcast booth.

“The ideal candidate will have vast experience doing play-by-play for a professional team, an inherent understanding of the passionate Boston sports fan base, and an innate ability to be able to describe what’s happening on the field in an entertaining and compelling fashion.

“This is not an entry-level position. Only the best should apply.”

Via a media column by WEEI’s Alex Reimer:

The discussion around this topic has been centered around extremes. “Albert in Rhode Island” is never going to call in after the 2-1 pitch and yell at Joe Castiglione about Deflategate. Nobody is suggesting that.

But there is room for more opinion. Maybe some discussion around whether Alex Cora should’ve pinch-hit in a specific spot, or if the team is approaching the trade deadline properly.

Obviously on radio, there’s a bit less room to breathe because the action has to be described to the listener, but normally things still unfold fairly naturally, especially over the course of 162 games. There’s a lot of time to fill. It sounds like what WEEI wants, though, is a TV-style broadcast on the radio, with conversations unfolding over the action. From Reimer again:

In fact, we don’t have to look far to see it accomplished at the highest level. NESN’s crew, whether it’s Dave O’Brien working with Jerry Remy or Dennis Eckersley –– the dream team is all three of them calling games together, which we occasionally saw last season –– have entertaining exchanges with each other and give opinions about the action on the field.

And when Remy or Eckerslay say something, O’Brien usually asks them follow-up questions. His lifts his nose up from the media guide once in a while.

Clearly, WEEI wants something different than what they’ve been getting. But based on Reimer’s column, it might be hard to achieve WEEI’s vision without sacrificing some of the detail most radio listeners rely on to follow along with the game. Plus, the last guy was either just pushed out or got so tired of trying to please the people in charge that he jumped ship after a World Series win.

Throw in Joe Castiglione and you really do have a dream job opportunity.