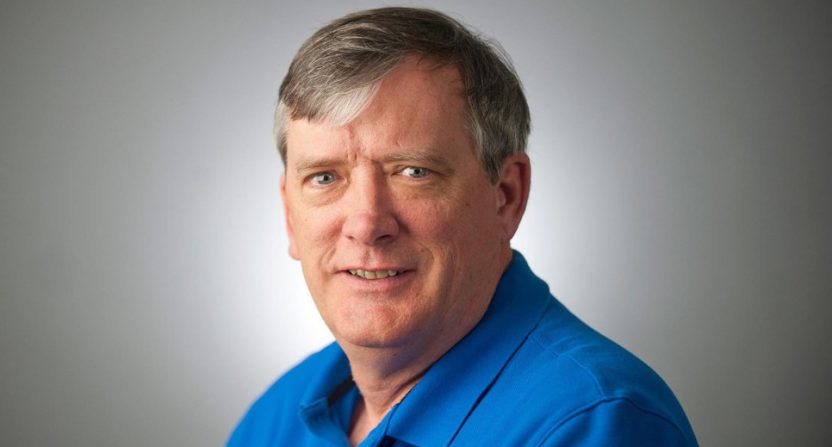 A shooting at the Capital Gazette newspaper offices in Annapolis, Maryland Thursday killed five staffers, including long-time sports reporter and editor John McNamara. McNamara, 56, made a huge impact on the area’s sports scene over the course of decades, including covering Maryland athletics (he wrote two books on the school’s sports teams, The University of Maryland Football Vault: The History Of The Terrapins and Cole Classics! Maryland Basketball’s Leading Men and Moments), covering the local basketball scene (he was working on another book about great basketball players from the D.C. area) and much more.

The tributes to McNamara illustrate how he balanced old-school journalistic instincts with a desire to mentor and help others, as illustrated in a Reis Thibault piece on him in The Washington Post:

“Definitely a pen and paper guy,” said David Elfin, who co-wrote a book on University of Maryland basketball with McNamara. “He didn’t wear a fedora, but maybe he should have.”

…“He took a real vested interest in me,” said Connor Letourneau, then a student journalist at the University of Maryland at College Park. “He was the epitome of the type of veteran sportswriter you want to meet when you’re coming up.”

Letourneau, now a sports reporter at the San Francisco Chronicle, said McNamara was a mentor to him and other young journalists, often taking time to read over stories or talk about the newspaper business.

McNamara, who also wrote a book about University of Maryland football, loved what he did, Elfin said.

“He cares passionately about the D.C. area and, specifically, about the University of Maryland,” he said.

A Baltimore Sun piece on McNamara from Andrea K. McDaniels helps show McNamara’s passion for sports and the impact he made on others:

John McNamara was toiling as a news copy editor at the Capital Gazette when he left to pursue his dream: sports reporting.

He honed his skills at the Prince George’s Journal, a competitor to the Annapolis news organization. Within a few years, the Capital Gazette hired him back. He would work there for nearly 24 years.

“At a small paper like that, you have to be versatile,” said former Capital Gazette sports editor Gerry Jackson, who hired him back all those years ago. “He could write. He could edit. He could design pages. He was just a jack of all trades and a fantastic person.”

Jeff Barker, a Baltimore Sun reporter, covered University of Maryland sports at the same time as McNamara. He was known for one-liners about sports or politics, Barker said. He was appropriately skeptical of the coaches and other authority figures he covered.

“That was the journalist in him,” Barker said. “But he was a loyal friend with an infectious laugh, and he was a willing mentor for young journalists. In other words, he never allowed his professional distance to detract from just being a thoroughly decent person.”

A second friend murdered in the Annapolis Capital newsroom. John McNamara was a careful, committed and lifelong journalist who first honed his craft as a sports reporter on the University of Maryland Diamondback, where I had the pleasure of working with him. pic.twitter.com/NJaDRGx5wA

John McNamara is one of the kindest people I’ve met in this biz. We’ve been friends since I was a young journalist covering Terps basketball. I had no idea what I was doing. He showed me the ropes. Please keep John and the other #CapitalGazette victims in your thoughts tonight.

John McNamara is one of the best people I’ve met in journalism. He was a great friend. I’m heartbroken. My thoughts are with his family and the rest of the victims of his horrible tragedy in Annapolis. pic.twitter.com/d5j0b2Re7R

John McNamara, who was killed today in the Annapolis shooting, was one of the first five people I met in DC sports media. Relentlessly kind from Day One. Incredibly understated. So humble. Loved his job. This is heartbreaking.

RIP John McNamara, a terrific journalist and an even better person, and to the other victims. What a horrible, horrible day. https://t.co/dr0u8OuFCH

Indulge me while I remember my good friend John McNamara. Met in college. Nobody loved Terps basketball more than John. When I needed to remember something, he was my first call. Had a great memory. Was working on a book on local basketball greats.

I don’t know how much more I can take right now. My friend and colleague John McNamara was one of those poor people killed today in Annapolis. RIP Author. What a kind kind man he was. #makeitstop!!!!!! pic.twitter.com/HeU3Q756TH

This is devastating. John McNamara is the definition of a classy vet who took me under his wing in my @DBKSports days. https://t.co/EeJOuN2Hgd

Mourning the loss of a friend, a Terp and a wonderful writer, John McNamara. pic.twitter.com/8KjC3OTd8s

Our thoughts are with all those affected by the loss of McNamara and the other Capital Gazette staff.