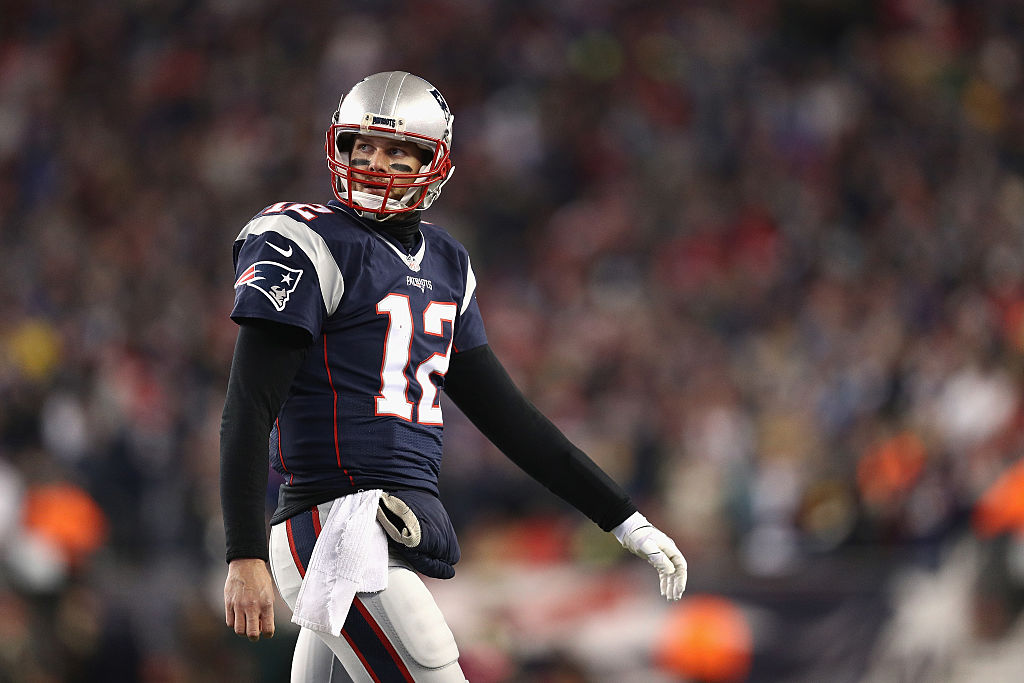 New England Patriots quarterback Tom Brady cut off his weekly interview with WEEI’s Kirk & Callahan on Monday morning in response to remarks another of the sports talk radio station’s personalities made about his five-year-old daughter Thursday night.

“I’ve tried to come on this show for many years and showed you guys a lot of respect,” Brady told the hosts. “I’ve always tried to come on and do a good job for you guys. It’s very disappointing when you hear that, certainly. My daughter, or any child, they certainly don’t deserve that.”

From there, Brady cut the interview short, ending with “I really don’t have much to say about it this morning.”

Tom Brady cuts his weekly interview short on WEEI, saying he was disappointed to hear of news that host Alex Reimer made a disparaging remark about his daughter when discussing the "Tom vs. Time" documentary. Brady said he is evaluating if he wants to be on the show again.

Brady said he was informed of the comments made by Alex Reimer shortly before going on the air. On Thursday, Reimer discussed the second episode of Brady’s documentary series on Facebook Watch, Tom vs. Time, and referred to his daughter as “a little pissant.” The remarks are no longer available on the WEEI website, but the audio has been posted to YouTube.

WEEI suspended Reimer indefinitely on Friday, pulling him off the station’s Super Bowl coverage in Minneapolis and sending him home. As of this writing, he has yet to apologize for his remarks.

UPDATE: Brady has stated that he doesn’t want Reimer to lose his job, but hasn’t thought more about future appearances on WEEI.

Tom Brady tells @BuckinBoston that he hopes Alex Reimer is not fired from WEEI because of the remark he made about his daughter. He then said he hasn’t thought further about whether he will go back on the station.

Brady said that he will evaluate whether or not he continues to appear on the Kirk & Callahan show in light of Reimer’s remarks. However, as Larry Brown Sports points out, the Patriots and WEEI recently agreed to a multi-year extension on their partnership, which includes weekly appearances by Brady, coach Bill Belichick and other Patriots players on the station’s programming.

Obviously, Reimer’s remarks were over the line and WEEI made that clear by suspending the host. Would anyone disagree that criticizing Brady for his on-field play, off-field behavior, or even anything he may have shown in his documentary series are fair game for discussion and ridicule, if deemed necessary? But going after the quarterback’s family, especially a young child who shouldn’t be publicly insulted by someone far older — and should know better — was uncalled for and the worst example of shock value sports talk radio.

If Brady decided to no longer appear on WEEI, it’s doubtful anyone would blame him at this point. But with the steps that the station took in suspending Reimer and the Patriots’ agreement with WEEI, perhaps this is an issue that will be resolved either after the Super Bowl or sometime next season. (The Patriots have yet to comment on the incident.) With WEEI’s previous history with controversy, it’s fair to wonder if something like this will happen again. However, there is clearly a line that shouldn’t be crossed and if that wasn’t already known, it certainly is now.

UPDATE: The audio of Brady’s segment was aired on SportsCenter. Here’s the clip: