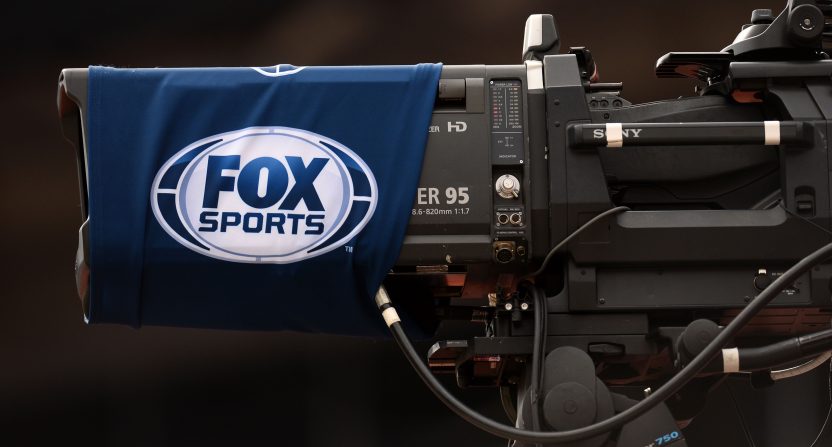 I felt more than comfortable working in the carriage distribution side of television for many years. It was safe. We were the backbone of the business, with revenue coming in the billions each year, mostly through sports properties. Job security at its finest. And the perks? Let’s just say I had a lot more friends back then.

But what’s always constant is change. And over time, the business began to evolve and dissolve, and the traditional cable bundle fell apart. So did my career direction at the time. One of the biggest surprises as of late is Fox deciding to sell its 21st Century Fox assets, including the regional sports networks. Investing so much time, money, and effort in to becoming a legitimate rival to ESPN, it’s still pretty mind-boggling Fox decided to, well, move on so quickly.

Late last month, the Department of Justice approved the $71.3 billion bid by Disney, who agreeed to sell off all 22 RSN properties to avoid complete monopoly of the content business. Disney will then have 90 days to sell each one off from the time the deal closed. The orphaned networks will need a new home. So where will they go?

The giant that is Comcast is only growing, and the withdrawal of their bid for the 21st Century Fox assets isn’t quite succumbing to any pressure, as they have set their eyes on Sky, a Fox-owned content leader in the United Kingdom. But the consolation prize for their bid withdraw? It could be the RSNs. Not only do they already own and operate their local sports channels, they would have the backbone of NBC Universal properties as leverage, like Fox has when negotiating their carriage agreements. For the consumer, it would only make the parity of providers even smaller.

There was a time when I thought Time Warner SportsChannel was a goner. They tended to get Fox’s leftovers over the years, with C-list product on primetime. Their only saving grace were the agreements where the teams had a large piece of the pie (team partnerships).  And when Spectrum purchased TWC, with not much history in the local sports business, I didn’t anticipate them to stay in the game. Thus, I was wrong.  Charter Communications was always a proponent of carrying all the RSNs they could in each market, including the overflow programming when two professional teams were on at the same time. They’d give a secondary channel space where they could technically on their systems, assisting Fox and other major networks with abiding by product guarantee clauses in their respective contracts. With their devotion to local sports programming, I can’t imagine them not stepping in with an offer of at least some of the Fox RSNs where it would make sense for them.

There aren’t many other third party local sports network owners besides the previously mentioned above. The only other legitimate dog in the fight is, well, the teams themselves. It’s not uncommon anymore either. Teams have done it before, running their own network, negotiating their own carriage agreements. But as the cable bundle began to crumble, and sports rights increased, it wasn’t a viable option in many regards.

Today, as the RSN contracts are negotiated, teams are asking for their piece of ownership in the network. Let’s take the Lakers for instance. In 2011, they signed a 20-year deal with Time Warner Cable, now Spectrum Sports, the richest local television rights deal in the NBA. And though struggling, the Dodgers, who own SportsNet LA and have Charter/Spectrum as their distribution partner, still have not been able to reach an agreement with any other local cable and satellite providers to carry the channel. The Houston Rockets and Astros? They started their own RSN with Comcast, only to watch it blow up in their faces. It’s no small feat to do what these teams have done, but it’s certainly not out of the question.

It wouldn’t be out of the question anymore that streaming services such as Amazon Prime, or social networking sites like Twitter, or YouTube wouldn’t be interested in the regional sports network business. Take the NFL’s Thursday Night Football package, streaming on Amazon Prime and now Twitch, this upcoming season. Or MLB, broadcasting an exclusive game each week on Facebook. For the consumer, these are the types of deals that will benefit you most, with the most options to watch your team.  And it’s about time this happening.