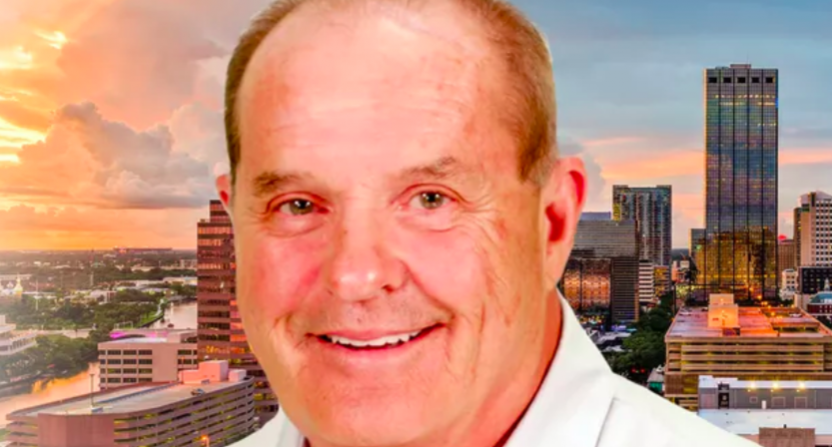 Steve Duemig, better known to his longtime Tampa area radio listeners as “The Big Dog,” has passed away following a battle with brain cancer. He was 64.

The Florida native spent 13 years as a professional golfer with the PGA before turning that into a full-time business. Eventually, he parlayed that into a radio career, becoming a staple of the Tampa Bay area for almost three decades. He broke into the business with AM 910 WFNS where he worked from 1991 to 1996 before moving over to 95.3 WDAE where he would become a fixture of the sports talk scene until his final show in February 2018. He also was the Tampa Bay Lightning’s color analyst for two seasons, hosted a weekly call-in show on Fox Sports Radio, and also co-hosted a Grey Goose 19th Hole on The Golf Channel.

Duemig was known for his big personality, honest opinions, and willingness to debate guests and callers bluntly. He became a standard listen for Tampa Area sports fans on their afternoon commute whether the topic was the Buccaneers, Rays, Lightning, or the national story of the day.

According to the Tampa Bay Times, tributes started pouring in right away from all kinds of local and national folks.

WDAE made the announcement about his death at the start of its Thursday 3 p.m. drive show. On-air tributes poured in, with co-host Ian Beckles and producer Jay Recher fielding calls from sports personalities as well as listeners. Recher said the courage Duemig displayed in his final days, “will live with me for the rest of my life.”

One of Duemig’s former producers, Jerry Petuck, described him as a mentor, brother and father figure.

“I wish people had gotten to know him as Steve and not just as the Big Dog,” Petuck said. “They were one in the same, but there was a different side.”

The tributes continued on social media as well.

Devastated to hear Tampa radio legend Steve Duemig is gone. Grew up listening to him, and felt so lucky to often join him on air. As tough as Big Dog was on the radio, off it he was such a caring softie. The entire Walsh family will miss him so much. @953WDAE pic.twitter.com/Cm2TnYpW6J

It’s with great sadness I tell you Steve Duemig has passed away. He spent many years talking sports on the radio in Tampa. And he was a friend. The family asked me to tell you they thank you for all your prayers, love & support. Service details will be forthcoming. #RIPBigDog pic.twitter.com/21UUePrQ3j

Steve Duemig is a guy I didn't always agree with but was very important to sports radio here. He had one of the best lines ever in regards to NY& Boston fans living here not supporting the Rays.. "IF YOU WANNA BE AN ASS, BE AN ASS…BUT DON'T MAKE YOUR KIDS BE AN ASS TOO!" #RIP

"he was challenged on the air. When I came to Tampa Bay there were times when we disagreed, but those moments were honest exchanges and led to friendship. His style awakened and energized fans…. (cont)

Lost another brother today in Tampa. Radio legend, 25 year friend and an iconic voice on then #620WDAE in afternoon drive. So many great memories, and off the air. Will never forget you #SteveDuemig@953WDAE #CancerSucks #RipBigDog pic.twitter.com/zDINwq5l0m

Sad day as friend, colleague, dean of #TampaBay sports broadcasting-Steve Duemig-passed away today. Enjoyed many lengthy chats that incl sports/politics/life/laughter over our 20yr friendship. Most insightful opening monologues in the biz. Condolences to his family. #RIPBigDog pic.twitter.com/YCFiLUMYJh