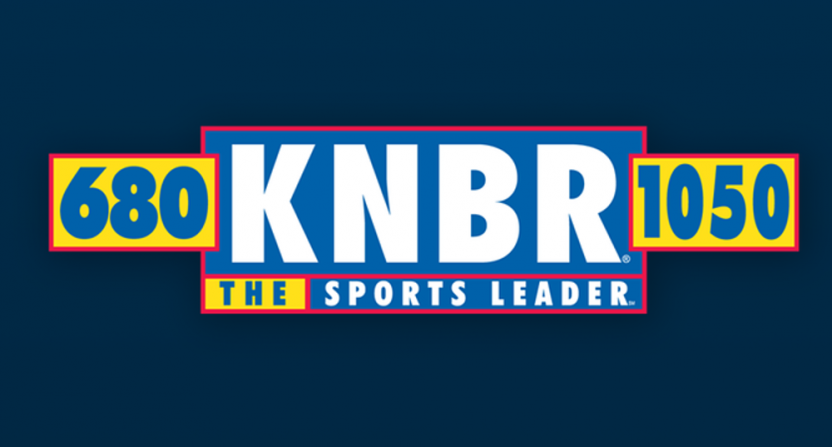 One of the big changes in sports television over the past few years has been a move away from highlights, and now we may be seeing the start of a similar move away from updates in sports radio. As Jason Barrett writes at Sports Radio PD, San Francisco’s KNBR is doing away with updates entirely, and has parted ways with two update anchors in the process:

For KNBR in San Francisco, they’ve arrived at the conclusion that the need for sports updates was minimal, and as a result they’ve made the tough decision to eliminate them from their on-air presentation.

Due to the change in strategy, update anchors Matt Kolsky and Joe Hughes are no longer working for the station. Hughes and Kolsky each thanked the station and their former colleagues on Twitter and acknowledged that although it’s tough to lose an opportunity, they understood the station’s decision and the way listener habits had changed in recent years.

Barrett’s post also notes that update anchor Ryan Covay (who’s also worked as a host and producer at KNBR) will be sticking around in those other roles, and that update anchor Kate Scott left in January (she currently works for the Pac-12 Networks and CSN Bay Area). So Kolsky and Hughes appear to be the main people impacted by this. And their Twitter posts are interesting, because they give some insight into the station’s thinking:

Thank you to everyone at @KNBR, it's been a pleasure to have been part of the team! pic.twitter.com/6D8IsEHifg

i wrote some words about not being at #KNBR anymore, if you're curious. be forewarned, it's not short because i can't write short things… pic.twitter.com/n0rXucaL2q

Both talk in there about how they’ve seen a decline in the value of updates, with Kolsky saying “To be honest, if I was running a sports radio station there would be no sports updates” and Hughes saying “In an age where people get instant updates from phones, there isn’t a need for me to let people know what happened in yesterday’s news…damn smart phones.”

That’s in line with some of the talk we’ve seen in recent years about the diminishing value of traditional highlights on TV, with Fox first drastically reducing the highlights on Fox Sports Live when they turned it into a late-night show and then cutting the show entirely, and ESPN emphasizing personality-focused editions of SportsCenter with more interviews and recurring segments and less standard highlights. Given how widespread this line of thinking is becoming in the sports media world, it’s possible we could see other radio stations go away from updates entirely.

Of course, many would argue there is still some value to updates. For one, there are still plenty who listen to radio in their cars, and if driving, they’re not able to look through their phone for important scores or news. Beyond that, there are still some who appreciate big sports news and scores being brought to them rather than having to seek it out.

However, even if updates aren’t their own segment with their own anchors, there can still be some ways to work them in. At some stations and some shows, the show’s producer handles the updates segment. In other cases, the regular hosts will pass along important news and scores throughout their program. Separate update anchors and segments are common too, of course, but even if those start to disappear at more stations, that doesn’t necessarily mean sports radio won’t still pass along news and scores.

Like most of the sports media world, the sports radio landscape has changed dramatically over the last few decades, and it looks like further changes may be afoot. The KNBR move is significant given the prominence of that station, and it’s also significant as part of a possible trend. It seems likely that plenty of other stations are re-evaluating if and how they do updates as well, and it will be well worth watching to see how the update model evolves over the next few years.