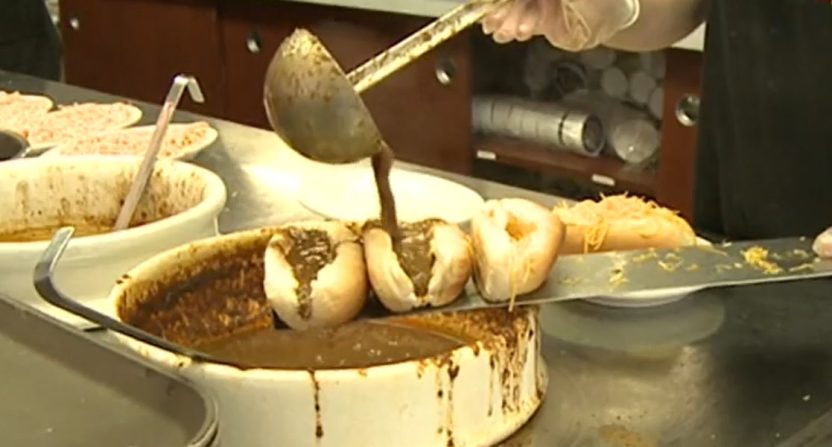 With the New York Mets in Cincinnati for a series against the Reds, SNY attempted to bait play-by-play voice Gary Cohen into a Skyline Chili rant by using a ghastly slow-motion video that forced all of us to suffer.

It was almost exactly one year ago that Cohen railed against Cincinnati’s local delicacy, referring to it as “disgusting” and sparking a rash of Skyline Chili defenders to push back on the Mets play-by-play announcer. But during the Mets’ latest trip to Cincinnati, Cohen seemed determined not to be baited into another rant, feeling as if he already said enough.

“I think I’ve said my piece on the subject,” Cohen stated as SNY returned from a commercial break with a look at a Skyline Chili vendor. “There’s very little benefit on saying any more. But I do believe that my comments last year might have boosted sales significantly.”

Cohen decided not to delve deep into his disdain for Skyline Chili this time around. The real reason for his restraint may have been that his home can’t support any additional Skyline Chili regalia.

“I will say this, last year, I had numerous people send me Skyline Chili paraphernalia,” Cohen claimed. “Plates and posters, I’ve got a lot of skyline chili stuff in my house. So if you are partial to Skyline and you would like any of it, just let me know and I’ll send it over.”

That’s pretty nice of him, a sort of peace offering for the chili’s devout fans. Maybe he’d even be willing to autograph a plate or two!

But after Cohen declared his intent to avoid another candid food rant, SNY went back to Great American Ball Park’s Skyline Chili vendor. And they displayed a slow-motion video of the loose, brown, supposedly edible substance pouring out of a giant ladle and oozing onto a trio of hot dog buns.

“I love their logo,” Cohen said with a chuckle, clearly biting his tongue on another rant. “It’s a really, really nice logo that they have. It’s a lot more, well, it’s more colorful than the food itself.”

Not only did he bypass the rant, but Cohen even offered a compliment. What a difference a year makes. Four innings later, SNY went back to the well, this time showing a Mets’ fan indulging in a chili cheese sandwich. But Cohen remained tame in his response.

“You can feel however you wish about the actual chili involved in the Skyline Chili, but that’s a lot of cheese,” Cohen said politely.

You can feel however you wish about the actual chili involved in the Skyline Chili, but if you’re disgusted by it like Cohen and many outsiders are, be prepared to face its devout supporters.