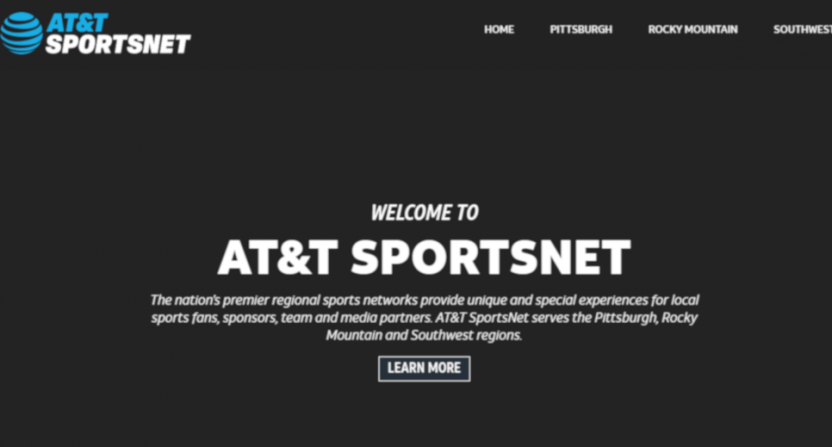 There’s been some discussion percolating for a while of AT&T moving out of the regional sports network business, and that appears to have kicked up a notch last week. As per a Bloomberg report from Nabila Ahmed, Eben Novy-Williams, and Scott Moritz, AT&T is looking at selling off its RSNs (they have full ownership of AT&T SportsNet Pittsburgh, AT&T SportsNet Rocky Mountain and AT&T SportsNet Southwest, plus a 40 percent stake in Root Sports Northwest) as part of a larger plan to reduce debt from recent acquisitions like Time Warner.

The Bloomberg piece says there’s some interest from Sinclair, which is in the process of buying the 21 former Fox RSNs (plus a minority stake in YES) and could look to expand their RSN empire even further:

AT&T Inc. is weighing a sale of its regional sports networks as part of a plan to cut as much as $8 billion in debt by the end of the year, according to people familiar with the matter.

The four regional networks, which includes rights to teams such as the hockey’s Pittsburgh Penguins, basketball’s Houston Rockets and baseball’s Seattle Mariners, could fetch close to $1 billion, according to the people, who asked not to be identified as the deliberations are private.

…Sinclair Broadcast Group Inc., which agreed in May to buy 21 Fox regional sports networks from Walt Disney Co. for $9.6 billion, could be among the potential buyers, the people said.

As John Ourand noted at Sports Business Journal later last week, this comes after AT&T had expressed interest in a MLB idea of uniting the RSNs and letting MLB manage the whole group (if they were successful in acquiring the former Fox RSNs, which they were not). So it’s not particularly surprising AT&T is looking to exit this business, especially considering their mandate to cut debt overall (the Bloomberg piece mentions that they’ve already sold off their New York offices and their stake in Hulu for a combined $3.6 billion) and considering that they’re looking at other pricey expenditures (such as expanding their 5G wireless network). As Sneha Nahata wrote at Market Realist, AT&T’s made it publicly clear they’re committed to reducing that debt quickly, and this selloff could fit that goal:

AT&T had total debt of $176.5 billion at the end of 2018. This high debt was the result of the company’s $85.4 billion acquisition of Time Warner in mid-June 2018. AT&T’s CEO, Randall Stephenson, stated during the JPMorgan Global Technology, Media & Communications Conference in May that AT&T plans to reduce its leverage to the 2.5x range by 2019 and return to its historical level of 1.8x by 2022. The company reportedly aims to trim its liability by up to $8 billion by the end of 2019.

However, the former Fox RSN auction brought in much less money than expected. From that, Disney only made $3.47 billion for YES and $9.6 billion for the other 21 networks (that’s with a total valuation of $10.6 billion, including minority interests that weren’t bought out), a long way below the initial estimated valuations of $20-22 billion for the package. So it doesn’t look like a great time to sell RSNs, and Disney almost certainly wouldn’t have sold theirs at this price if they didn’t have to as a condition of a deal with the Department of Justice to gain regulatory approval for the rest of their purchase of Fox assets. There are also lots of analysts who have been quite skeptical of the long-term future of RSNs.

That’s all worth keeping in mind with Ourand’s comment that “A $1 billion price tag would be a best-case scenario for AT&T.” Indeed, the price here could wind up being well below that, especially given AT&T’s apparent eagerness to sell. And it’s also notable that there were only a few suitors who actually showed up for the former Fox RSN auction (in the end, it was just Sinclair, a combined Liberty Media-MLB bid, and one from the BIG 3). But there’s one potentially interesting new contender Ourand also mentions: Comcast.

Both Bloomberg and the blog John Wall Street — which reported on this story on June 26 — speculated that Sinclair would be the most likely suitor for the AT&T RSNs. My sources agree. But they also are quick to point out that those RSNs are in Comcast markets, which makes it likely that Comcast would at least take meetings to see if a deal can be had.

That would be notable on a few levels. Comcast currently owns seven RSNs (now branded as NBC Sports Regional Networks), the second-largest collection behind the former Fox RSNs, and this would make them an even larger player there. (Charter also owns five, and there are numerous independent RSNs.) And they seem more interested in staying in the RSN game than AT&T does; Ourand notes that Comcast declined MLB’s plan for jointly-operated RSNs. They’ve also been trying some new things in the RSN space recently, from the MyTeams app to over-the-top game packages and acquisitions of talent and programming for the RSNs as a whole.

And it’s worth mentioning that Comcast initially tried a counter-offer for all the Fox assets Disney bought, including the RSNs. And while Comcast didn’t wind up as a final bidder for the whole package of former Fox RSNs, that may have been about those non-YES RSNs being sold as a package; there was discussion at some points during that sale process of selling the RSNs off piecemeal, and the likes of Comcast and Charter were floated as bidders for certain networks that fit with their cable territories.

While that piecemeal sale didn’t eventually happen, that may have been more about Disney eagerness to sell the RSNs within the timeline mandated by DOJ approval for the larger Disney-Fox deal. But discussions of Comcast there add further credibility to this idea of Comcast maybe making a play for these AT&T RSNs, especially given the markets these particular RSNs are in. (Of course, it’s somewhat funny that one of these networks is AT&T SportsNet Southwest, which is actually the former CSN Houston; Comcast operated that and had a minority (22 percent) stake in it before its involuntary bankruptcy in 2013 and subsequent reorganization and sale to DirecTV/AT&T.)

With either Sinclair or Comcast, there could be some regulatory hurdles. Senators (and contenders for the Democratic presidential nomination) Cory Booker, Bernie Sanders and Elizabeth Warren already expressed concerns about Sinclair’s market power to the FCC and the DOJ around the purchase of the 21 former Fox RSNs, and adding yet more RSNs to that still wouldn’t diminish the opposition. And Comcast has a whole lot of market power of its own between NBC, their 11 local owned-and-operated NBC affiliates, NBCSN, and their existing RSNs. But while there would certainly be some questions about either Sinclair or Comcast buying further RSNs, that wouldn’t necessarily stop a deal.

Of course, this is all quite preliminary right now. The Bloomberg piece mentions that “AT&T hasn’t started a formal process to sell the networks, and there are no guarantees a deal will be announced,” and if potential offers aren’t near the $1 billion mark AT&T seems to be hoping for, they could just hang on to the RSNs and hope RSN forecasts improve. Maybe in a year or two, there will be more tech companies (frequently rumored in the former Fox RSN talks, but not actually heavily involved) interested in these. But there does seem to be some impetus for AT&T to sell these RSNs off to help cash flow and debt load elsewhere, and there seem to be at least a couple of companies that could want to add these networks. We’ll see what that leads to.