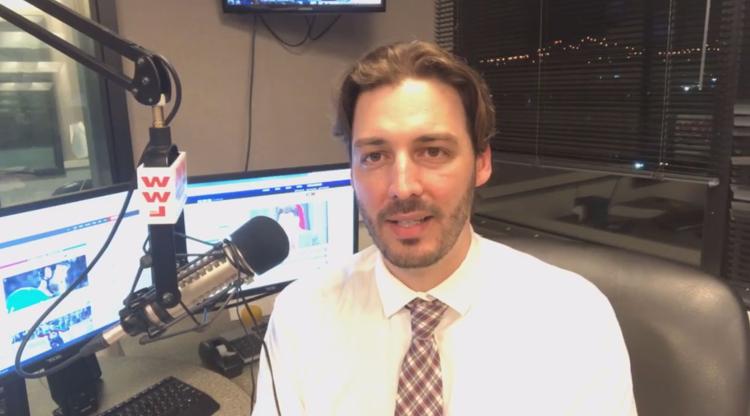 The Seth Dunlap story continues to take some twists. Dunlap was a host at New Orleans radio station WWL when the station Twitter account directed a gay slur at him on Sept. 11, and that led to him taking a leave of absence on Sept. 12. He then said he’d sue WWL and station parent Entercom Sept. 25 over “an anti-gay, bigoted and hostile work environment,” while WWL then brought the New Orleans police in. And Sept. 27 saw WWL and Entercom claim that Dunlap sent the tweet himself, citing results from John Conroy, the forensics expert they hired. WWL then officially fired Dunlap earlier this month, and there are now some further twists in the saga.

Those come from a piece from Ramon Antonio Vargas of NOLA.com (the website of the combined New Orleans Times-Picayune and the New Orleans Advocate), which was published Friday. That piece cites police discussion of the digital evidence involved (thanks to a public documents request), and also notes that Dunlap has parted ways with his previous lawyer and found new counsel. Some highlights:

Police claim in the documents that Dunlap’s cellphone is tied to the derogatory tweet by a trail of digital evidence involving Twitter use logs, a unique number designed to identify a device’s connection to the internet, and web searches that a detective considered suspicious.

As he’s done before, Dunlap maintained his innocence when reached for comment Friday. His lawyer had previously been civil attorney Megan Kiefer, but on Friday she said she no longer represents him.

Dunlap, 35, said he is now represented by Billy Gibbens, a former federal prosecutor who specializes in white-collar criminal defense work. Gibbens did not respond to messages seeking comment.

…New Orleans police last week asked a judge to sign a warrant authorizing them to arrest Dunlap on a count of extortion. The judge rejected the request, saying that the alleged facts didn’t amount to extortion. Police have said their investigation remains ongoing.

The “trail of digital evidence” in question is interesting, as the police documents mention findings from Conroy throughout, but don’t indicate if they’re specifically going with just those findings or if they did some of their own investigating on that front. Either way, the findings they discuss are that the tweet came from a T-Mobile IP address “that was associated with previous times when Dunlap’s phone was used to access WWL’s Twitter account,” that a particular iPhone was associated with Dunlap’s WWL e-mail logins and that it had the same IP address as the one used to send the tweet, that Dunlap had downloaded his Twitter account records onto his station-provided laptop and that he “had accessed his own Twitter account from the same IP address that was used to send the insulting tweet from the station’s account at about the same time.”

The records also mention WWL’s assertion that the phone was in Dunlap’s possession at the point of the tweet. That’s based on station surveillance video that has Dunlap opening his office door and showing a co-worker his phone (presumably to talk about that tweet) “shortly after the tweet was posted.” Also, much of this documentation was to support a search warrant for Dunlap’s Apple iPhone 10. Case lead detective Denis James successfully requested that warrant on Oct. 22.

However, that warrant may not have led to much. Dunlap told Vargas he had problems with the phone (including a cracked screen) before the event, but didn’t do anything with it until he said WWL’s management told him they’d cleared him. He then exchanged it for a new one with T-Mobile, and said he has been unsuccessful in trying to get it back, with the store telling him they no longer had it.

So none of that looks all that good for Dunlap. But it should be noted that these findings are at least partially (and perhaps totally) relying on digital evidence from Conroy, someone WWL and Entercom hired. That doesn’t necessarily invalidate those findings, but it’s a data point worth keeping in mind with them, especially considering Dunlap’s threatened lawsuit. And it’s also worth keeping in mind that there are ways to fake IP addresses, and that ownership of a device does not necessarily mean you’re the one who took particular actions with that device (although video like the one cited here would certainly seem to buttress those claims).

Despite these findings, Dunlap is still maintaining his innocence. He told Vargas “This really hurts me to my core because there are so many people at WWL (Radio), inside Entercom, in the media in general that I respect and I care about. My name and my reputation are being tarnished, and it’s devastating.” But the evidence Conroy gathered, as relayed in the police report NOLA.com obtained, certainly doesn’t look great for Dunlap. And if this tweet actually was sent by someone else, either that was done in some very elaborate and convoluted way that made it look like Dunlap did it, or there are problems with the WWL-commissioned report. There’s certainly a fair bit casting doubt on Dunlap’s claims about not sending the tweet here, even if that’s not enough for an extortion arrest.