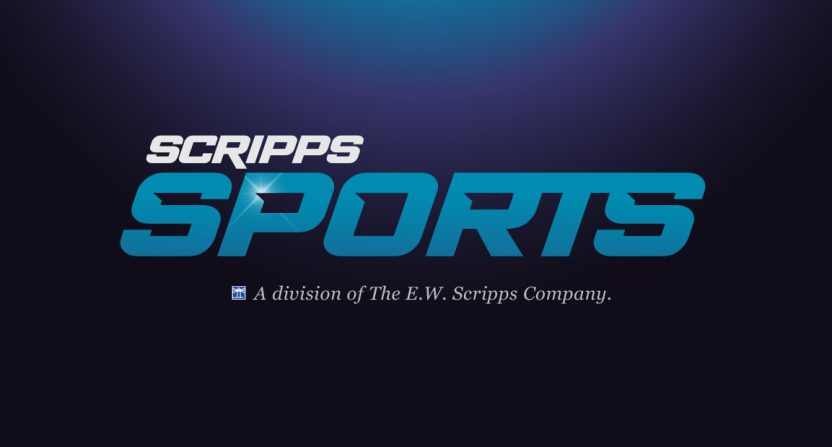 Two-plus years ago when E.W. Scripps (which had financial backing of Warren Buffett’s Berkshire Hathaway) acquired ION Media Networks, it came at a rather fascinating time for televised sports. Of course, most eyes were on Sinclair and how the development of its newly acquired regional sports networks would play a role in future negotiations with pro leagues, colleges, and teams. Yet, as a former employee of ION (I was an analyst with its program research department in the early 2010s) I believed that it was a matter of time before the network would enter the fray.

I'll just say that you should not be surprised if this new network – trust me, the ION brand is going to be wiped clean in a year or so – does what its predecessor would not. You'll see a new bidder for top content, even if they chose to similarly avoid sports right away.

My first reaction to ION’s sale was that investors of the privately held media company finally got the cash out they so desperately wanted. They made money hand over fist thanks to their programming strategy, which involved first- and second-run syndication of procedural dramas from more popular networks such as CBS and NBC, ‘ION Originals’ that were shows licensed from Canada, an inexpensive but aging film library of 1980s through the mid-2000s, and its shockingly competitive slate of original holiday movies. At some point, the well was going to run dry thanks to an ever-shifting syndication marketplace, including the ballooning cost for rights to hit broadcast TV procedurals. Scripps came in just at the right time, but surely its leadership wasn’t really planning on keeping ION Television as is.

Which is why last week’s announcement from Scripps may have raised some eyebrows while also inspiring one big “told you so!” from yours truly. The legacy media company plans to launch Scripps Sports in 2023, utilizing ION’s wealth of owned-and-operated affiliate stations (O&Os) to counter, if not entirely slow down, the cord-cutting that has upended every major network over the last decade-plus.

There’s just one problem. ION’s past forays into sports didn’t work because the channel was intentionally not built as a full-fledged entertainment network, let alone one that could handle the live action of a sporting event. While it’s well known that live sports are the last bastions of strong real-time viewership, networks still greenlight comedies and dramas to attract all sorts of audiences.

This is telling tales out of school, but not long before and several months after I had started with the network, ION had shown preliminary matches for three UFC pay-per-views from December 2010 through December 2011. They were among the highest-rated, if not the highest-rated, telecasts the network had for both 2010 and 2011. Yet the network had very little options to entice the passionate, overwhelmingly male audience to learn about this seemingly random channel that was far better known for Criminal Minds reruns and early morning infomercials.

Yet, even more damning for the network was its ill-fated deal with WWE from 2012-2013. At the time, the wrestling promotion had shopped around a third linear property to compliment its flagships Monday Night RAW on USA and Smackdown (then on Syfy, now an entrenched property for FOX). Historically, WWE always had a secondary or tertiary show for its mid- to lower-card talents, but only Sunday Night Heat had notable traction among viewers during the “Monday Night Wars” era of the 1990s.

Again somewhat telling tales out of school, towards the end of ION’s negotiations with WWE, I was asked to aid with ratings analysis for a few years of WWE programming. We needed to see how their network partners fared – in this case, NBCUniversal through USA and Syfy – with lead-ins (programs that aired before RAW or Smackdown), lead-outs (programs that aired afterwards), and the channels’ overall performance in primetime.

During my time at ION, I was the only person in my department (and maybe among the entire 100+ employees in the NYC office) who watched pro wrestling of any kind. Even if I didn’t keep up with the weekly shenanigans as I had in my middle or high school days, I knew enough about the business of wresting to know that ION was not the right place for this show. Because WWE’s top talent was largely kept off the third TV show, any chance that a holding network would have the same ratings or viewership that USA or Syfy had for their shows was slim to none.

And yet, the deal was made anyway, with a promise from Vince McMahon himself that Main Event would feature said top talents (John Cena, CM Punk before his acrimonious departure, and Chris Jericho made one appearance each).

While the initial episode cracked over a million viewers, the show significantly declined week after week. Those drops could have been manageable if the lead-out shows could hold most of the audience or at least have such strong followings on their own that they’d essentially replace the viewers lost from the main program. The common issue with UFC and WWE for ION was that those audiences only went to the channel for those events and would immediately move somewhere else once they were over. The network that hosted them didn’t matter – except if they couldn’t find the channel, which is another matter.

The issues were made worse by the fact that ION would try to follow with older, male-driven action films like Bloodsport, Rambo, and the like. For starters, who hasn’t seen those flicks a million times already? Yet putting aside that its syndicated programs or 504th running of Space Cowboys had little overlap with the UFC or WWE fan, there was nothing truly ION-branded that the network could offer. There was no other sports program a la SportsCenter or First Take. Nothing akin to “the best show nobody’s watching.” Not its own procedural to roll the dice with. In other words, there was no conversation starter: “have you seen ‘such-and-such’ on ION?”

We tried to switch up the lead-in and lead-out programs to the point that it was decided to just frame Main Event around the usual Criminal Minds reruns on primetime, which always rated well, but Main Event kept dropping like a stone and those procedural reruns would perform worse than usual.

ION ‘canceled’ Main Event in April 2013, though I always thought the show was created with the WWE Network in mind – which is where the program moved to just days after Wrestlemania that year. To my knowledge, ION hadn’t aired any kind of sports or sports entertainment event since.

The new president of Scripps Sports, Brian Lawlor, told NextTV/Broadcasting+Cable that it plans to take a dual-pronged strategy with rights bidding. He noted:

“We own the fifth-largest broadcast network in America,” he said. “The first four have a lot of sports rights. There are a lot of other sports rights out there. ABC, NBC, CBS and Fox can only absorb so much of it.”

This certainly aligns with what our own Joe Lucia points out. Scripps may not aim high for the biggest national properties, but there are others at play that could make sense:

As for national targets, Scripps reportedly won’t be shooting for the stars with a property that would cost, at the least, nine figures like the NBA or NASCAR, but could focus on more affordable, higher ceiling properties like the NWSL.

It’s hard to deny the potential. Scripps has incredible local reach without having to build a whole new network from scratch. While they were forced to sell some of ION’s local affiliate stations after the merger, Scripps still owns over 40 of ION’s owned-and-operated stations while 20 more local stations remain affiliated with ION.

Lawlor said that Scripps aims to make ION like TNT in terms of being a total entertainment platform. For a network that finally has the resources to match the potential of its infrastructure, this revamp is a long time coming. ION’s prior missteps with UFC and WWE have shown that if there isn’t a proper programming strategy to envelope any of its sports coverage, it doesn’t stand a chance in retaining any part of those audiences beyond the game itself.