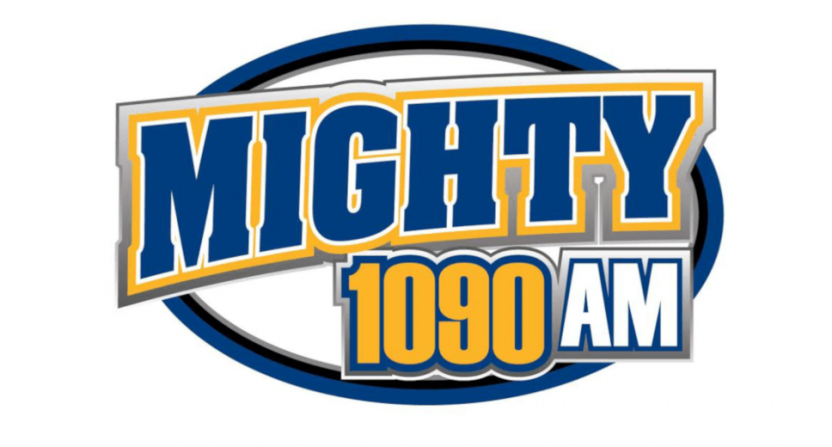 After several weeks of broadcasting only on an internet stream after a dispute with the company that controlled the tower they’d been using, it appears the end is here for San Diego sports radio station The Mighty 1090. Derek Togerson of KNSD 7 (San Diego’s NBC affiliate) writes that the station now seems to be gone for good:

On April 10 the Mighty 1090, one of the most popular sports talk radio stations in Southern California, went off the air. At the time Broadcast Company of the Americas (BCA) was hoping the move would be temporary and moved its lineup to an online stream.

On Monday the streaming signal was cut permanently and Mighty 1090 is now officially gone.

…The station was initially pulled off the air because of a dispute with the owners of the 50,000 watt broadcast tower that carries its signal. That tower is located in Mexico. Attempts to re-work a deal or find a new tower for the signal were unsuccessful.

Monday’s shutdown apparently happened without much notice, as per the tweets of several hosts:

I just did an update @Mighty1090 and I guess that was the last thing that streamed. It’s a wrap! ✌?

We were just told that our parent company killed the stream, officially killing our radio station. Will have more information as it becomes available. Thank you all for your support.

One day I'll explain to young August how much I loved the Mighty 1090. It wasn't a job, it was my life.
This really sucks. pic.twitter.com/7BPv4ajrT7

Not much to say other than thank you so much for all who've supported our show and the station for so many years. Though I've only been a small part of the history of The @Mighty1090, I can't tell you what an honor it was. We'll be back. Promise.

There are a couple of words I’d like to say but they’re the words I don’t say.

Thanks to all of our great @Mighty1090 listeners. You’re the best!

For the last two weeks, Mighty 1090 programming has only been available online and through our mobile app. We can’t thank you enough for bearing with us through this ordeal. Unfortunately, we have ceased operations. We are forever grateful for your passion, loyalty, and all your support over the years.

The station had been around for 74 years in total and in its current sports format since 2003. It had been a key presence on the local sports scene, including with radio rights to the Padres (which they held from 2004-2016 before losing them to Entercom, which eventually put them on the new The Machine/The Fan). More recently, they had held rights to the AHL’s San Diego Gulls, which are now on XTRA 1360 Fox Sports San Diego (along with San Diego State Aztecs football and basketball), and despite their loss of other rights, they’d kept their status as the top-rated sports radio station in the city in many slots before they went off the airwaves. But Jay Posner of the San Diego Union-Tribune writes that an executive of the company that handled the station’s signal said they stopped receiving payments from 1090 parent corporation BCA earlier this month, leading to 1090’s removal from the airwaves:

The shutdown owed to BCA missing lease payments, said Andres Bichara of Interamericana de Radio, the signal operator for the station. “They have had multiple warnings that they should pay,” said Bichara, whose company is based in Monterrey, Mexico, on April 11.

Transmission comes from an antenna in Rosarito Beach, explained Bichara. “Communications have been ongoing with (BCA). If they do not pay I cannot continue giving them the station for free,” he said April 11.

That led to a few weeks of the station’s hosts continuing as normal, but broadcasting only for an internet stream. Afternoon co-host Darren Smith, who’d been with the station since 2003, spoke to Barrett Sports Media’s Brian Noe about that last week:

This business is always a strange one and you think you’re prepared for all the twists and turns that it has to offer. But when you’re used to being on the radio for 15 years and then you’re suddenly off the radio and you didn’t plan that, it is without a doubt a huge shock to the system.

…Given the overall uncertainty during the period of time, we’ve not said anything about “tomorrow.” There is no tomorrow for us as far as we know. We’re just going day-to-day. Our approach to doing radio has always been to inject a little bit of humor into it. Whether that’s watching the Alliance of American Football go under a couple of weeks ago here in San Diego, or whether that’s our own current situation, just trying to be as consistent with that as possible. You have to laugh in order not to cry in this situation and other situations like it.

It’s unfortunate to see this end this way for Smith and the other 1090 broadcasters, not to mention fans of the station. Here are some further tributes to it from Twitter Monday evening:

The @Mighty1090 being shut down is very sad. San Diego sports fans supported the brand including on the stream once the radio airwaves were lost. There have been a lot of good talented people working on that brand who are going to make a difference for another radio operator. https://t.co/lXIMuBSVpR

People like @MartyCaswell, @DSmithShow, @BenHigginsSD, @thestevenwoods and @ScottKaplan have meant so much to my career as a sports writer and (now) broadcaster. Those people have supported me and my work endlessly. I can't express how much they, and @Mighty1090 mean to me.

If you're a San Diego sports fan, The Mighty 1090 talent is family. You didn't have to know them personally. They rode to work w/ you. Picked up your kids from school w/ you. They were both comedians & counselors. That's why this hurts so bad. Thanks for everything, guys. ❤️ pic.twitter.com/du1UnqYGh2

It’s a shame what happened to the Mighty 1090. I pray all those involved can find work somewhere else in the market. SD needs good sports radio.

Here’s wishing all the best to those affected by this closure.