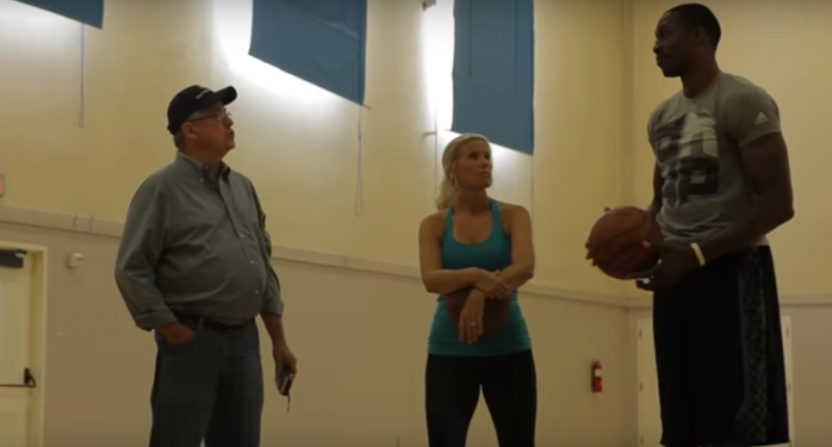 The latest twist in the T.J. Simers lawsuit has gone against The Los Angeles Times. On Monday, a jury awarded Simers $15.45 million in non-economic damages over his age and disability discrimination lawsuit. That’s more than double the initial award of $7.13 million in November 2015, which the Times appealed, leading to a new trial, and it’s expected to be over $22 million total with interest and attorneys’ fees worked in. There may still be some reductions or some further appeals to come, but at the moment, it doesn’t look like that initial appeal worked out well for the paper.

This is a long-running lawsuit that Simers, a former Times sports columnist from 1990-2013, filed against the paper back in October 2013. The lawsuit alleged age and disability discrimination, and also claimed newspaper executives told him to go easy on targets like former Dodgers owner Frank McCourt that they had relationships with. The case went to trial in September 2015, and that ended with a jury awarding Simers $7.13 million that November. However, a judge voided that award on appeal in January 2016 and called for a new trial. The new trial has now concluded, and it’s led to an even bigger award for Simers, at least at the moment. Both sides issued comments to The Associated Press:

“It is incredibly gratifying for Simers and those in similar situations to see the court vindicate his claims of age and disability discrimination,” said Carney Shegerian of Shegerian and Associates, which also handled the case.

“We believe that the award is unreasonable. We successfully appealed an earlier award and are currently evaluating our legal options,” Times spokeswoman Hillary Manning said in a statement.

There’s a lot going on in this case. Simers claimed that the Times cut back his columns and pressured him to leave after he suffered what was believed to be a mini-stroke (he was later diagnosed with complex migraine syndrome) while covering spring training in 2013, when he was 63. But the other twist in the story came in June 2013, when news came out that Mike Tollin and Mandalay Sports Media were “developing a TV comedy loosely based on the life of acerbic Los Angeles Times sports columnist T.J. Simers,” a series “about an old-school reporter in a medium that is quickly evaporating and a daughter who is a participant in the new media,” “focused on their relationship and the relationship they never had because he was always on the road.”

That June 10 news of the sitcom came just over a week after a Mandalay-produced video (seen in the above screenshot) of Simers, his daughter, and Dwight Howard showed up on YouTube on June 1. It got lots of attention, and was also featured on the Times website. On June 13, a Simers column appeared in the paper, but he was then absent from the paper’s pages for six-plus weeks. It turned out that the paper was claiming an ethics breach from Simers in not disclosing his relationship with Mandalay; meanwhile, Simers claimed that the sitcom project was dead when the video happened (even though news of it wasn’t reported until later). Even at the time, though, a source told AA that while the involvement with Mandalay was the issue in question, the motivation to potentially part ways with Simers dated back several years.

Eventually, that August, the paper initially told Simers they would take away his column and make him a reporter again, but then they offered him a one-year column contract. He wound up leaving for The Orange County Register that September, though, and started his tenure there with quite a strange column full of bad one-liners and shots at the Times. Simers then took a buyout from the Register in June 2014 and announced that he was retiring. But his lawsuit remained in the offing and went to court the next year. And now, presuming no further dramatic twists, it’s set him up for much more money than even the $234,000 he was reportedly making annually at the Times. And it’s led to potentially a much bigger loss for the paper than even the $7.13 million they were initially told to pay Simers.

However, this story isn’t necessarily fully resolved yet, especially considering what happened with the initial judicial reduction and then voiding of the first jury award. We’ll see what the Times‘ evaluation of their legal options leads to, and if that’s another appeal, this saga may drag on further. But it’s certainly notable to see this kind of award for Simers, and to see a potential resolution to this long-running case.