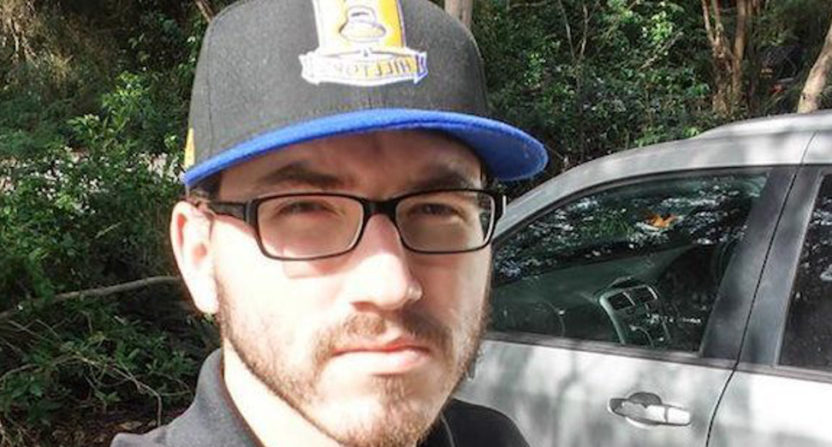 The Humboldt Broncos’ bus crash that killed 16 people Friday night ahead of a Saskatchewan Junior Hockey League playoff game has prompted tributes from across the hockey world and beyond, and deservedly so. The players and coaches who lost their lives here had so many connections throughout the hockey community, and they’ll be missed by so many. But it’s also worth thinking about someone else caught in this tragedy, broadcaster, journalist and coach Tyler Bieber, who was a friend of mine.

Back in 2010, I was just out of university, working at a local newspaper and writing about sports on my own Blogspot site during my free time. The Canadian Football League was one of my main focuses, given my longstanding passion for that sport, and that led to plenty of connections with others covering the league. Bieber was one of those; he had his own site covering the CFL at CFLDaily.ca, and had a very active Twitter account discussing prospects, signings and more. I talked to him online a fair bit early on, and I wound up contributing some pieces to league website CFL.ca, as did he. He was a key participant in some of the early CFL.ca live blogs, which I was also involved with, and after I got a job covering the league for Yahoo in 2010, we continued to regularly discuss the league and various prospects. And I’m proud to have called him my friend. As fellow blogger John Hodge wrote in a great tribute to Bieber at CFL site 3 Down Nation, he brought remarkable insight to the CFL world, and paved the way for many of us who covered that league:

I never had the opportunity to meet Tyler, but he was someone who I admired from afar. Tyler ran his own CFL website, cfldaily.ca, for years and used it to provide outstanding coverage of the league long before the rise of many non-traditional media outlets. The website is no longer accessible, but a WordPress affiliate page is still active. I would encourage everyone to read Tyler’s work — while the content is a few years old, it still serves as strong insight into the league we all care so much about.

Tyler was also one of the pioneers of CFL social media, founding his @CFLDaily twitter account in January of 2010. The account was multi-faceted and, like so many of Tyler’s project, ahead of its time.

In addition to sharing his own articles, insight, and analysis, Tyler used his twitter account to amalgamate articles and news from around the league. Despite being relatively inactive for the past two years (more on that in a moment), Tyler’s account still has almost 10,000 followers. His was one of the first accounts I followed after joining Twitter and a huge part of the CFL’s social media landscape.

That’s all accurate, and anyone involved in CFL Twitter discussions during those years can speak to how influential Tyler was. While he moved away from covering the league in recent years, he wrote a lot of great pieces covering it, from the name game through the all-stars, and he was always one of the most important voices on prospects in particular. But he shifted from CFL coverage to junior hockey work in the past couple of years, returning to his hometown of Humboldt to serve as the Broncos’ play-by-play voice for local radio station CHBO, which was what led to him being on the bus Friday. He also coached high school basketball and football in that town. And he’s so fondly remembered by so many who have been involved with CFL coverage over the years:

Very sad to learn of the passing of @TylerABieber in the Humboldt Broncos bus crash. He was a humble, kind and knowledgeable journalist who wrote some excellent #CFL content on https://t.co/SVCNIb0F35 for us back in the day. Condolences and much love to his family #HumboldtStrong

Tyler wasn't even that old and had so much more life to live. So tragic. #CFL pic.twitter.com/0vgv7trEN9

So sad to learn Tyler Bieber was one of those killed in the Humboldt Broncos bus crash. Tyler was a knowledgeable, dedicated #CFL fan who was a guest on our show several times. Our thoughts & prayers go out to the Bieber family, and all those affected by this tragedy. #CFLFamily

We in the #CFL community join in mourning the loss of Tyler Bieber, a passionate fan and ambassador of the game and #CFLFantasy. Our thoughts and prayers go out to his family, and those involved with the #humboldtbroncos. #PrayersForHumboldt

Like so many others, so sad to hear about the tragic loss of life of wonderful, young, aspiring people in the #HumboldtBroncos accident. Had the opportunity to meet & communicate with Tyler Bieber in early days of #CFL stuff & amateur sport. Wonderful person. #RIP

Tyler was a dedicated sports fan and very talented and exceptional individual. Such a loss! @TylerABieber #Humboldt #SaskStrong https://t.co/qNPh6MQfhL

I always have a tremendous amount of respect for those in our industry who cover amateur/junior athletes.

Not a lot of glamour but those who do it truly love sports.

This crash is so devastating to so many people, and it will be forever. But it’s worth noting that it wasn’t just the athletes killed who made a huge impact on their world. Bieber did that as well, and he’ll be so missed by so many of us.