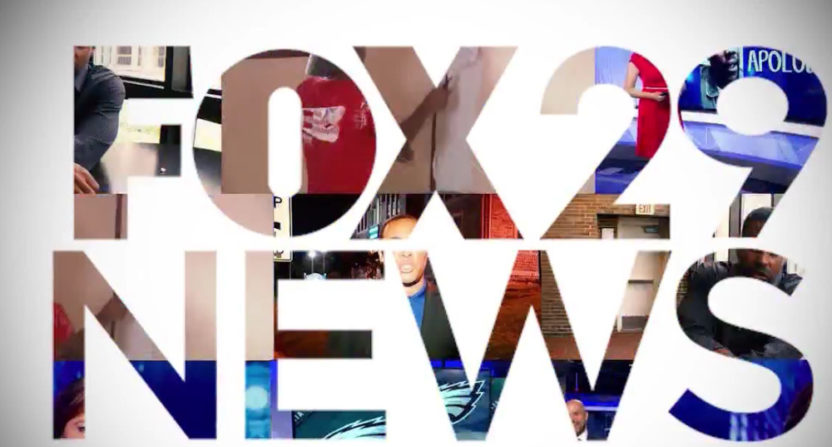 Wednesday night’s Game 2 of the World Series saw plenty of odd on-field moments and plenty of odd broadcasting ones as well, including a projected ad cutting off George Springer’s head, but things went particularly poorly for viewers in Philadelphia. There, local Fox affiliate Fox 29 lost the audio of announcers Joe Buck and John Smoltz for around five minutes, and also missed some game action during a crucial 10th-inning Carlos Correa at-bat. (Fortunately, they returned just before he hit the Astros’ second back-to-back home run.) Here’s the start of the problems, where the broadcast suddenly cut to commercials for the Fox 29 local news, then froze up, then returned minus announcers with Jose Altuve stepping into the box:

The “What is going on!?” is a very appropriate line for that commercial. This then continued with Altuve’s home run, which featured ambient crowd noise, but no announcers, and then again weirdly cut to and froze on the “We go there” frame of the local news ad:

That screen stayed frozen for a while, missing Altuve’s celebration and then the first pitch of the Carlos Correa at bat. It then returned to the broadcast, still with no announcers, and picked up some yelling, perhaps from fans near the microphones. Fortunately, they showed the home run at least. But the audio problems continued, with the announcers only returning before the subsequent Yuri Gurriel at bat. And the announcers’ audio then exited again, lasting into the bottom half of the 10th and through Yasiel Puig’s home run:

@awfulannouncing @AndrewBucholtz Natural sound mics are the only audio from beginning of extra innings through Puig's homer. Feels important

And it cut to commercial again right before Justin Turner’s at bat in the bottom of the 11th:

And @FOX29philly just went back to the Justin Turner at bat. What the fuck! #WorldSeries

And reportedly did so again before Charlie Culberson’s home run later that inning. Unsurprisingly, these issues upset a whole lot of affected baseball fans.

Somebody needs to tell @FOX29philly instead of "WE GO THERE" I'd like them to go back to a normal broadcast of the #WorldSeries. #NoAudio pic.twitter.com/y4msosLz32

@FOX29philly What the heck is going on with the World Series coverage? No sound, cutting to commercials in the middle of the inning?

Fox 29 hasn’t provided any comment on what happened here so far. We’ll update if they do.