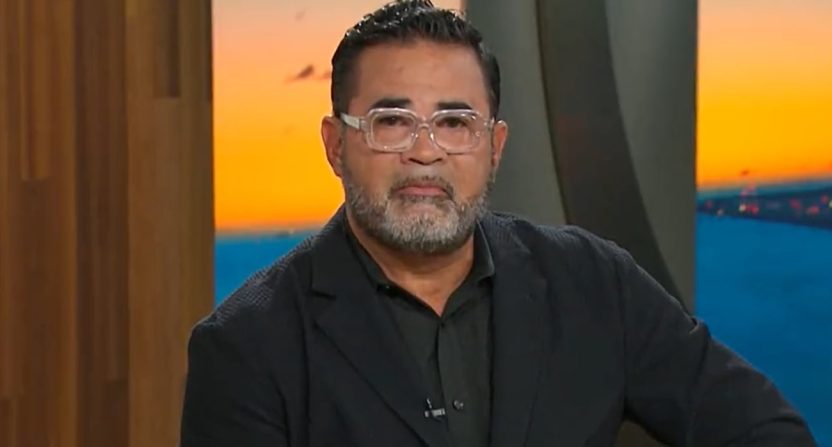 Major League Baseball on the Fourth of July is meant to be a celebration of America. Unfortunately, that was superseded by tragedy in Chicago, because gun violence is even more rooted into America’s culture than baseball.

Six people were killed and dozens more were injured Monday as a lone shooter fired into a crowd of people watching a Fourth of July parade in Highland Park, Illinois. Despite the tragedy, the Chicago White Sox played their home game against the Minnesota Twins as planned, although they did cancel their fireworks celebration out of respect for the victims.

As other broadcasts around the country shared images of families celebrating the Fourth of July, White Sox Pregame Live on NBC Sports Chicago was forced to address the deadly shooting that occurred about 30 miles north of the stadium earlier in the day. During the pregame show, former White Sox manager and current NBC Sports Chicago analyst, Ozzie Guillén appeared heartbroken over the shooting, tearing up as he spoke about the incident on live television.

“It’s kind of sad, because when you pick a town, a country like we pick and these things happen and the last thing you want to think about is the game tonight,” said Guillén, who was born in Venezuela and became MLB’s first Latino manager to win a World Series. “It’s such a sad day, happening again and again. It’s a super important game today in Chicago. But that’s the last thing had to be in our mind because our heart breaks for the community of Highland Park. For us here in Illinois. This is our home. And just a very sad day.

“I feel sad for the family and everyone affected by this. And I’m proud to make my life in America and especially here in Chicago, Illinois. The home of my family, my kids my grandkids,” Guillén continued through tears. “But days like this – is very, very hard to forget. Because I see this thing happening again, and again, and again and being a grandpa now, you seen like, where are we going to?”

22-year-old Robert E. Crimo III, the “person of interest” in the deadly Highland Park mass shooting, was taken into police custody on July 4 and is expected to be charged Tuesday afternoon.