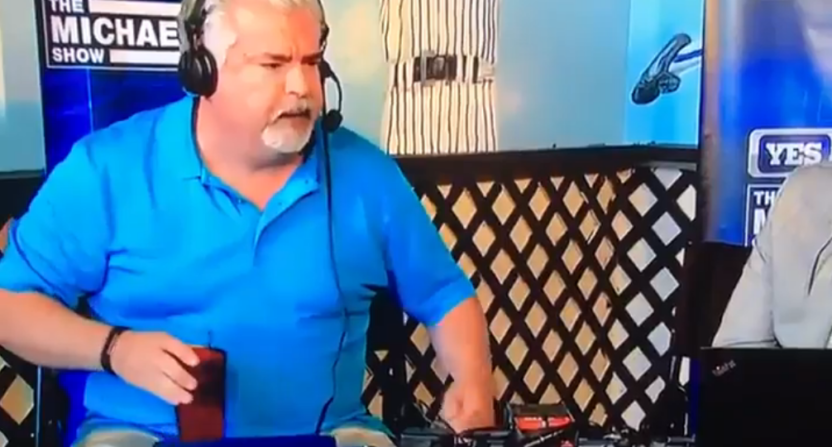 New York sports fans can be a lot to handle. They’re either demanding or entitled (or both), depending on your perspective, and the second a player or coach slips up there’s a group ready to rebel.

For example, if an exciting MVP candidate who was the talk of baseball only a month ago enters a slump, New York sports might demand he be pinch-hit for in a key situation.

Well ESPN New York radio host Don La Greca has had enough. When a caller named Steve, who is apparently a regular, called in to The Michael Kay Show on Thursday to bash Aaron Judge and the Yankees, La Greca went off.

If you prefer your vein-busting rants in written form, here’s a transcription:

Why aren’t you doing well Steve? If something is physically wrong with you, Steve, I apologize. But if you’re telling me you’re not doing well because Judge didn’t get pinch-hit for in the ninth inning, come on. Your team’s won three in a row, they’re a playoff team, gimme a break.

Steve attempts to defend himself, setting off Kay, before La Greca takes over again.

Are you a sad person Steve? How is your life completely derailed to the point where you can actually have a playoff team that’s won three in a row, and your mood is affected in a negative way because your home-run hitter wasn’t pinch-hit for in the ninth inning? Steve, get your priorities in order, brother.

Brother, come on. Take a look at the news. Watch the news for five minutes, Steve, and then tell me that your life is awful. You’re a clown, Steve, and I’m tired of the clown show. Tired of it! You’ve got a playoff team, you’ve got a team that’s won three in a row, and you’re miserable because you love being miserable because that’s what you’re about. You’re a clown, Steve. I’m tired of it. I’m tired of you wasting our time on the air with your clown-show garbage. Tired of it.

At this point, La Greca, who has gotten progressively angry throughout the rant, starts to really scream.

Michael might want to entertain it, I’m tired of it. Lose the number, Steve. Tired of it. I’m a Met fan who has to watch a team that was supposed to go to the World Series be 12 games under .500, and you’ve got a playoff team that beat my team three in a row, and you’re complaining about a guy being pinch-hit for or not pinch-hit for in the ninth. Get a life! Watch CNN. You could be, God forbid, a person of Barcelona today. You’re miserable being of Aaron Judge not being pinch hit for? You’re a clown, Steve. Get a life. Don’t bother my life. Lose. the. number. You’re banned! You’re not allowed to call anymore. I’m done with him. Done. with. him.

Then he turns to Kay.

I’m going away. If you wanna put him on the air, wanna be a clown, be my guest. Steve is banned. Life is too short, too important to waste time on this filthy human piece of garbage. If Steve’s on, I’m leaving. If I ever see him on hold, I’m walking off. Steve, you’re done, lose the number. 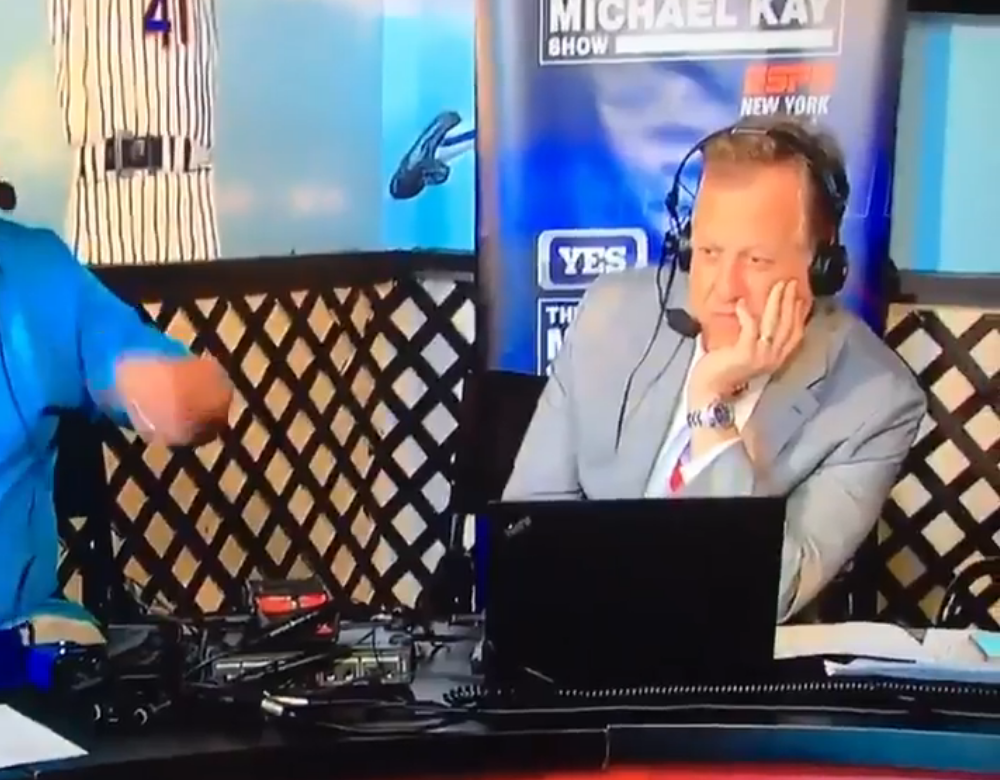 The dispute here seems to be over Aaron Judge’s ninth inning at-bat against the Mets at Yankee Stadium on Wednesday night. With the Yankees winning 5-3 thanks in part to Judge’s monstrous fourth-inning homer, the rookie came up with one out and no one on base. He struck out, setting the Major-League record for most consecutive games with a K, but the Yankees won anyway.

So yeah, letting Judge hit in a close game five innings after he’d hit a ball to the moon is not a cause our man Steve should be losing sleep over. It probably wasn’t such a horrifically dumb point that LaGreca had to lose his mind over it, but it sounds like the host had some pent up frustration to work through. And he probably saw no reason to settle down once he realized how good a performance he was putting on.

Anyway, it doesn’t sound like La Greca will be dealing with Steve again any time soon. That’s probably for the better.