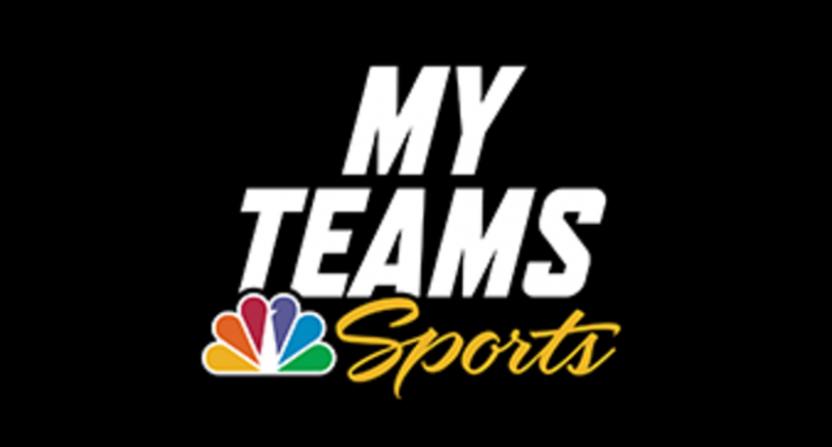 Sports network apps aren’t new, but the new “MyTeams By NBC Sports” app from NBC Sports Regional Networks has some interesting twists. To start with, here’s a blurb from their release:

…MyTeams is highlighted by live coverage of NBA, NHL and MLB games produced by NBC Sports Bay Area, NBC Sports Boston, NBC Sports California, NBC Sports Chicago, NBC Sports Northwest, NBC Sports Philadelphia and NBC Sports Washington. Live streams of the networks’ pregame and postgame shows, including NFL programs, will also be available on MyTeams. Live-game coverage will automatically play at the top of the respective team pages when available to fans. Authenticated subscribers of the local NBC Sports Regional Network providing the coverage in their region will be able to watch complete live games and game day shows, as well as the network’s linear television channel, from anywhere in the U.S. at no additional cost.

The “first-of-its-kind, team-focused mobile app” claim seems a bit much, considering previous offerings from Bleacher Report, ESPN, The Score, Big Ten Network, and many more (with all of those including team customization, and some of those including live game broadcasts as well). There were previously opportunities for RSN subscribers to stream live game coverage through the NBC Sports app.

But the MyTeams approach sounds like it will be a simpler way to find coverage of a particular team, and this also sounds like it will provide more opportunities to stream game-day (pre- and post-game shows) as well as the RSN’s linear channel. And focusing on particular teams seems helpful; that way, fans of one team in a city who don’t follow all that city’s teams should be able to see only what they’re interested in. Also, it makes some sense to separate out NBC Sports’ regional networks app content from the regular NBC/NBCSN app content available on the NBC Sports app, as that might make it easier to find particular games or content (and easier to get tech support if there are issues).

It should be noted that this is only for a few particular teams: six NFL teams, seven NBA teams, five NHL teams, and seven MLB teams. But it’s a notable development nonetheless, and it adds to some of the unconventional moves NBC Sports is trying with its regional networks. That includes over-the-top streaming of packages of Blazers’ games (back for a second year) and out-of-market over-the-top access to pre-game and post-game content on NBC Sports Philadelphia. We’ll see what they do next.