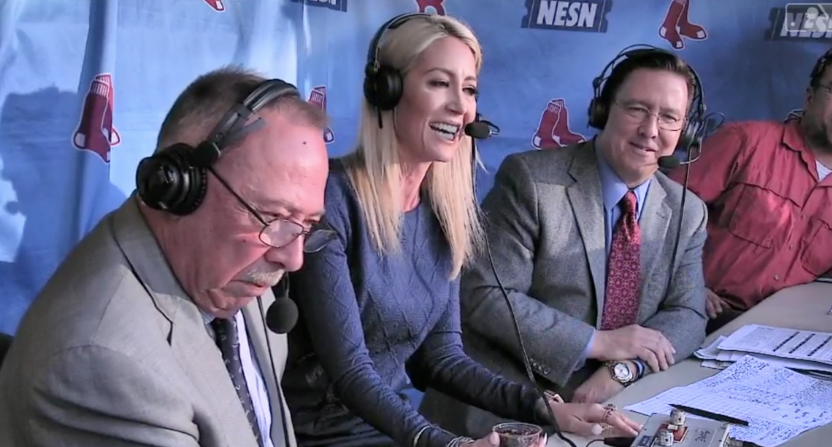 Safeco Field’s special toasted grasshopper dish has been a hit ever since it was introduced last season — not only with fans but also with visiting broadcasters, who often order some insects to spice up their telecast.

But while many announcers (and even players) have enjoyed the delicacy, not everyone is a fan. During the third inning of Thursday’s Red Sox-Mariners game at Safeco, NESN reporter Guerin Austin visited Dave O’Brien and Jerry Remy in the broadcast booth with grasshoppers in tow and suggested her colleagues given them a taste. To the apparent surprise of O’Brien, Remy volunteered to try one, but within seconds, he seemed to regret his decision.

When Remy returned to the air moments later, he clarified that he wasn’t grossed out by the grasshoppers, merely overwhelmed by their spiciness. He even went as far as saying he would recommend them to someone who liked spice, though he did seem less than thrilled about their “unique texture.”

O’Brien, for his part, declined to try a grasshopper, claiming that the spiciness could hinder his ability to call a game.

Five innings later, with the leading 2-1 in the eighth inning, Remy brought up the grasshoppers again, making a surprising commitment.

“I’ll tell you what. I’ll make you a promise,” he said. “If the Red Sox win this game — it’s a great game — I’ll try another one tomorrow, just to keep the streak going.”

Asked by O’Brien whether he was serious, Remy replied: “I’m dead serious. That’s how much I want them to win. I mean, this is a really, really good game tonight. If they can pull this one off, to bring them luck tomorrow I’ll try another one. But I don’t want that finish on them, whatever that is.”

As it happened, Boston held on to beat Seattle 2-1. That means come Friday night, Remy will chewing a grasshopper once again. Best of luck to him.