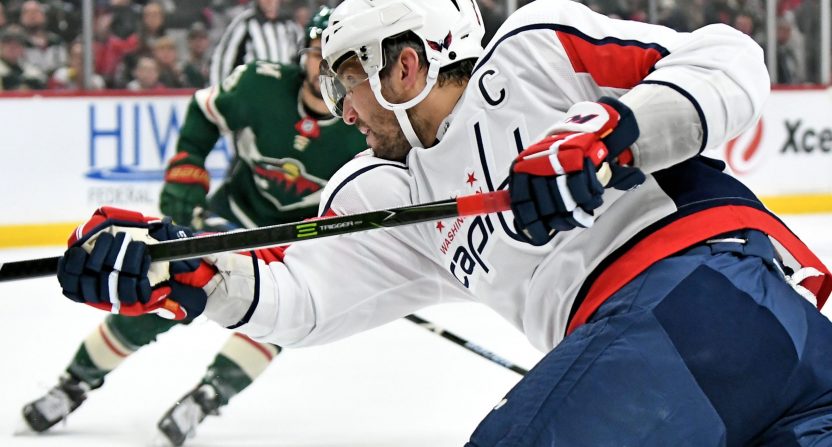 Washington DC sports fans won’t be able to watch Alex Ovechkin or Bradley Beal for the foreseeable future, but that isn’t stopping NBC Sports Washington from airing the rest of the Capitals and Wizards schedules this season.

On Friday, NBC Sports Washington and the Monumental Network (which is owned and was founded by Capitals and Wizards owner Ted Leonsis) announced that the remainder of both teams’ schedules would be simulated on NBA 2K20 and EA’s NHL 20, respectively, with simulations of the games airing in the regular windows for the games on NBC Sports Washington.

The artificial intelligence (AI) gameplay will be presented in alignment with the teams’ remaining schedules of postponed regular-season games, including opponents and dates. The matchups will be televised on NBCSW, and available via its 24/7 authenticated streaming platforms, and streamed direct-to-consumer on Monumental Sports Network via its website www.monumentalsportsnetwork.com or via any of its available apps on iOS, Android, Roku, Apple TV, Fire TV, and Xbox.

The first Wizards simulation will air on Saturday night (against the Bucks), and the first Capitals simulation will air on Tuesday night (against the Blues). The release also notes that Wizards games will feature “contributions from NBCSW’s Wizards experts” along with the 2K audio, while Capitals games “will feature commentary from NBCSW’s Capitals announcers,” along with “several elements” from the EA presentation.

Will other RSNs and teams follow? I wouldn’t be surprised if some did, but Monumental’s embrace of esports in recent years puts them in a unique position compared to the ownership of other teams. The fact that Monumental, the Capitals, and the Wizards all have the same ownership and the same TV partner also helps, because it ensures they’re all on the same page in regards to presentation and strategy.

Is this perfect? No, of course not. But RSNs have been hit particularly hard by the lack of live sports over the last week (my god, it’s only been nine days since Rudy Gobert’s positive test?), and they’ll take any content they can get at this point. Video game simulations of the regular season schedule aren’t for everyone, but hey, they’re better than nothing.

…unless the Caps win every simulation 18-0, and the Wizards start dropping 160 points a game. If that happens, adjust those damn sliders.