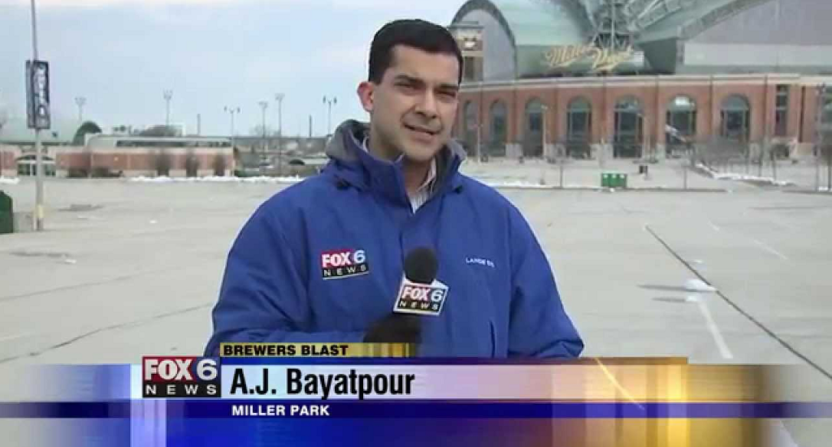 FTV Live reports that WITI (FOX Milwaukee) reporter A.J. Bayatpour was arrested after getting into a fight with a rival television reporter during Friday night’s Brewers-Cubs game at Miller Park.

Bayatpour got into an argument with WTMJ (NBC Milwaukee) reporter Ben Jordan while they were both attending the game as fans.

On Monday night, Fox6News.Com (the WITI website) published a story on the allegations, and said that Bayatpour “could face substantial battery charges.”

A FOX6 News reporter is facing possible criminal charges after an incident at Miller Park on Friday, April 6.

A.J. Bayatpour was arrested and could face substantial battery charges. A decision by the Milwaukee County District Attorney’s Office could come as early as Tuesday, April 10.

Fox6News.Com added that they “contacted the Milwaukee Brewers and the Milwaukee Police Department,” and Bayatpour “is not reporting for FOX6 News while the incident is under investigation.”