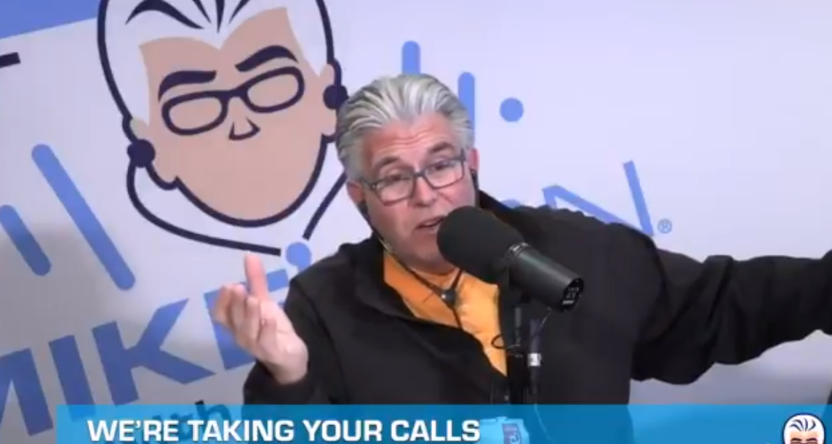 A lot of sports media pundits’ old takes looked silly this week after the Virginia Cavaliers won the national title, but one of the most notable there came from WFAN’s Mike Francesa. In February, Francesa said Virginia head coach Tony Bennett will “never win a championship with this team, though. They can’t play offense.” That got some attention after they did just that, including from Virginia guard Ty Jerome (previously seen calling out Stephen A. Smith), and Francesa had Jerome on his show Wednesday. That show was notable for a whole lot of reasons, including Jerome commenting on Francesa not doing his research and Francesa telling a different caller he never said what he said about Bennett and that title. First, here’s the original Francesa commentary from February:

“Ugh. He’ll never win a championship with this team, though. They can’t play offense. Here’s the bottom line. There’s going to come a game in the tournament where they need to make a shot and get a shot and they can’t get it. I think they’re very defendable. I don’t like them, I don’t like them offensively at all.”

And, from Wednesday, here’s Francesa’s lame attempt to claim he never said that when a caller asked about it:

But wait, THERE’S MORE! A caller confronted Mike about this clip, and not only did he again claim that he never said Virginia would never win a championship… he straight-up accused me of doctoring the video. 😂 I didn’t cut that clip even once! pic.twitter.com/DuwXsnTUAW

“That guy changes stuff all the time! And Monz and I know it because we’ve caught him, we’ve caught him doing it! I know he does! And when he wants to make something really juicy, he can make it up too! So don’t always go by that like it’s real, because they can edit stuff a million times on the internet. That’s one of the biggest problems on the internet.”

And here’s Jerome calling in:

SO….. Mike reached out to the kid and had him on the show today. And my man Ty did not disappoint. It was subtle, but he got his point across loud and clear. pic.twitter.com/KpCQwBFpgD

Francesa asks “Why’d you pick Virginia?” and Jerome says “Great coaching staff. I know some would disagree, but I loved the coaching staff from day one.” Francesa then talks about how he was surprised by the Cavaliers’ offensive production against Texas Tech, and Jerome says “Our offensive numbers, offensive efficiency, I think we’re in the top five in the country, we have been all year. So, you know, I’m sure a lot of people don’t do their proper research on college basketball before they speak.”

Francesa then says “Oh, that’s for me, but the bottom line it’s not about that, because that’s about beating bad teams. It’s about making big shots…” and he goes on from there for around 40 seconds, including with “So I don’t worry about what you do against, you know, some team that you beat by 40, those numbers are all skewed. I want to see it in the big games!” Francesa goes on to ask a question about blown leads against Auburn and Texas Tech, and the clip here then ends with Jerome saying “Real quick, we also play in the ACC, so we don’t beat all those teams by 40.”

Let me quickly answer Mike’s points, and then we’ll be done here.

Yet he conveniently mentions none of the clips that I “doctored.” Mainly because the uncut shows are on the app.

Jerome clowning Francesa is funny, but the really significant part here is Francesa trying to get out of things he said that were caught on video with “don’t always go by that like it’s real, because they can edit stuff a million times on the internet.” Francesa said what he said about Bennett, and his attempt to deny that and blame it on video editing and “problems on the internet” is ridiculous and hilarious. “I NEVER SAID THAT!” works better when people aren’t keeping your receipts.