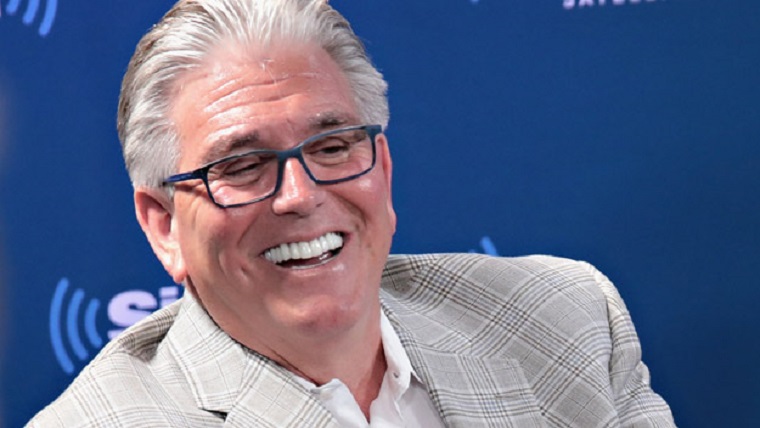 It’s been three months since Mike Francesa signed off for the final time from WFAN, where he’d been a sports talk radio institution for 30 years. As you might expect after having a voice and a prominent forum for so long, he misses it now that it’s no longer available.

In a conversation with Newsday‘s Neil Best, Francesa said as much:

“I have to say, I miss it more than I thought I would . . . There have been some [topics] that have gotten me. There’s no question. I don’t want to list them, but there’s been more than a few I would have loved to opine on.”

Francesa has reportedly been browsing the aisles, even taking a few items off the shelf for a closer look. He’s talked to The Athletic recently. NFL Network seems like a possibility for him and his picks, as does The Ringer. Perhaps joining old partner Chris Russo at SiriusXM — though for his own show, not a reunited “Mike and the Mad Dog” — is in the cards as well.

There will be some “Mike and the Mad Dog” to be heard and seen this month. The two are recording material for a Broadway play about George Steinbrenner. And Francesa will appear on Russo’s MLB Network show High Heat to make baseball picks on March 28.

According to the New York Post‘s Andrew Marchand, Francesa is working with powerhouse agency CAA and building a studio in his house. Both moves indicate that he’s looking to find the right gig and work more on his terms. But even when the end was near at WFAN, Francesa made it clear that he would return to the airwaves in one form or another. The only question was where and when.

We have a better idea of when, thanks to Best’s feature. Francesa said that he’ll at least address his future after April 1. That’s likely a contractual obligation. A three-month non-compete or cooling period is virtually standard operating procedure in the media industry. Best points out that Francesa may not have an announcement as soon as the calendar changes to April. But he can apparently begin to talk about his next step, and is in talks regarding something (perhaps more than one thing), and believes he’ll have news to announce during the month of April.

Whatever Francesa does next, he won’t put himself through the daily grind he had at WFAN. As you might expect for someone who’s taken some time off after 30 years of doing much the same thing, he’s enjoying being able to travel and soak in some nice weather, such as he did during a recent visit to the Mets’ spring training camp in Port St. Lucie, Florida. (Was that at all work-related? We’ll find out.)