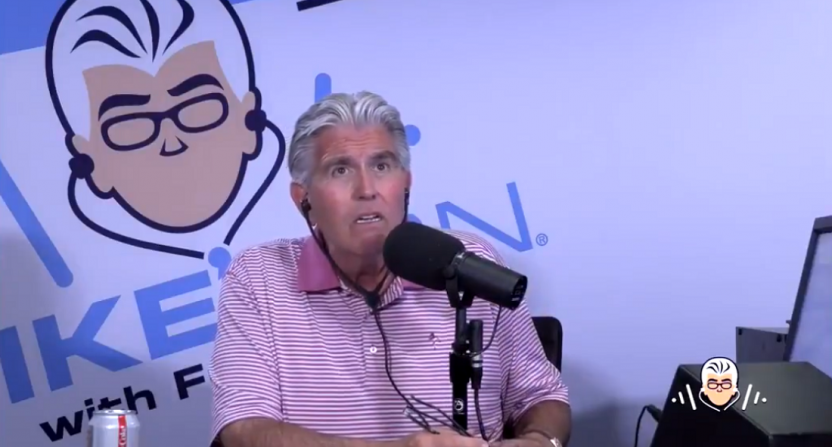 For the second time in three years, Mike Francesa is leaving his afternoon show on New York City’s WFAN. Francesa first “retired” in December 2017 after a 23-month goodbye tour, but came back to his old job just four months later. Things have been going a bit rougher for him recently, though, as ESPN New York’s Michael Kay posted outright month wins over Francesa in December 2018 and January 2019 and has gotten close in multiple full ratings books (not winning, unless you’re ESPN PR, but making it close) and beat him handily (even with Francesa’s streaming counted) in the first month of this year’s fall book.

That’s added to the long-running conversation (first throughly discussed by Andrew Marchand of The New York Post in September) that Francesa might leave his regular drive-time show (3 p.m. – 6:30 p.m. Eastern, Monday through Friday) to focus on his app and on WFAN parent Entercom’s Radio.com platform (which bought his app in September and made it free). Neil Best of Newsday broke the news Tuesday that Francesa will be doing exactly that:

Mike Francesa: "I am leaving afternoon drive this December. Details to come." Francesa is expected to have a role with https://t.co/KluBLCbaG4 in the years to and might also have a role on WFAN itself, to a limited degree. More to come on this story in the hours and days ahead.

Mike Francesa says he signed a three-year exclusive deal to work for Entercom/Radio.com/WFAN. Says he wants to be around more with all three of his kids in high school next year. Also said he wants to spend more time in Florida. Will type all of this up and add to my story.

Says he was offered a long-term contract but turned it down.

While Best’s tweets and Francesa’s on-air explanation make it sound like this was initiated from his end, this also may not be all that objectionable to WFAN management. They’ve been killing ESPN New York in pretty much all the other daytime programming blocks, but while Francesa’s return led to some good initial ratings, his numbers have been trending down since then and Kay’s have been rising. There’s also been a lot of criticism for Francesa’s show lately, and as Funhouse (maybe the most dedicated Francesa listener out there, and certainly the most dedicated chronicler of what The Sports Pope says) pointed out, this feels like a move whose time has come:

Guys, I heard the news. Thanks to everyone who sent this to me, but it was expected. I'm happy for Mike. He should enjoy life. His show has been…. not great for the last few years. I'll still post whatever he does for https://t.co/J9DlVrIWU5. https://t.co/YTJx6pNnIu

What’s interesting is that we still don’t know what Francesa’s new role will look like, though. Entercom’s statement didn’t add much:

However, Francesa did manage to make this announcement during the last two days of the second month of the fall ratings book, though, so that may help him draw some extra interest and post some extra numbers against Kay. (And hey, he probably posted some pretty good numbers Monday as well with the whole #Fartgate controversy.) We’ll see how that turns out, and we’ll see what Francesa’s new role is, and who replaces him in drive time (speculation appears to largely be current midday co-host Evan Roberts, but it’s unclear if Roberts would be paired with someone else, and if so, who).

Hopefully, this will be a little more of a permanent move than Francesa’s last WFAN departure, though; it would be highly unfortunate for a lot of people if he just decided to come back to his old role again when April rolls around.