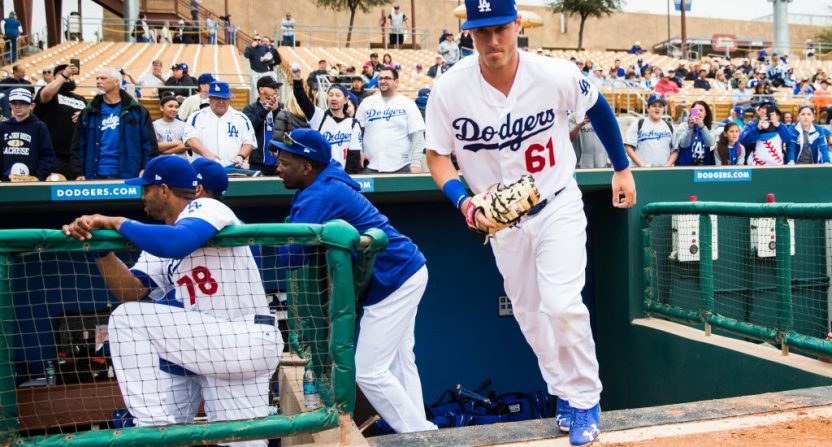 The Los Angeles Dodgers and its flagship cable network, Spectrum SportsNet LA continue to struggle find carriage in Southern California. The dispute that has kept the network off DirecTV and other pay TV providers in the market is now entering its fourth season. And it has angered Dodgers fans who haven’t been able to watch their team’s games. A deal is expected to announced that will put 10 games on KTLA, all of which would be aired in April and May.

The deal which is expected to announced this week, possibly as early as today would allow fans all over the Dodgers market to watch.

While Spectrum SportsNet LA has simulcast the final week of games on KDOC and KTLA in 2014 and 2016, this is the first time that the Dodgers are working on a separate broadcast deal before the season under its 25-year contract with Time Warner Cable now Charter Communications which purchased TWC in 2016.

The Dodgers own Spectrum SportsNet LA while Time Warner first and now Charter Communications has exclusive marketing rights. For the duration of the 25-year contract, the Dodgers are guaranteed $8.35 billion no matter how many people watch so it’s incumbent on Spectrum to get agreements with the other providers, but it has yet to happen.

And while this plays out, a lawsuit against AT&T and DirecTV is circulating in federal court saying the company violated antitrust law saying it colluded with other carriers in trying to keep SportsNet LA off the major pay TV carriers. AT&T is denying the charge.

DirecTV says Spectrum SportsNet LA is too expensive to carry while SportsNet LA contends the provider is not negotiating in good faith.

So this all this continues while the Dodgers are trying to get their games seen. If this 10-game contract brings good numbers to KTLA, Charter hopes it will put pressure on DirecTV and the other SoCal providers to pick up Spectrum SportsNet. And perhaps it will lead to more games on broadcast later this season.

For Dodgers fans, the last four seasons have been very frustrating and they’re caught in the middle of a stalemate that has gone on way too long.