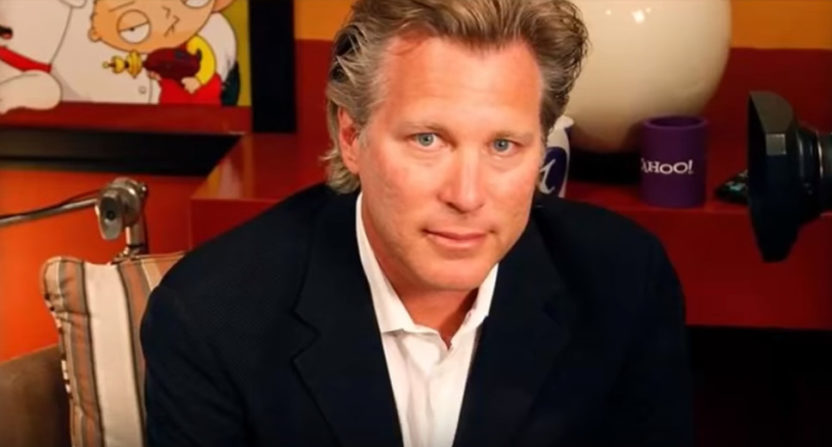 In August 2017, Los Angeles Times parent company Tronc fired editor and publisher Davan Maharaj, as well as three other senior editors, and installed Ross Levinsohn as publisher and CEO as well as Jim Kirk as interim executive editor. Many of Levinsohn’s decisions since then have come under fire, but the latest criticism he’s receiving is over allegations of sexual harassment and inappropriate workplace behavior at previous jobs.

Update: CNN’s Brian Stelter reported Friday that Levinsohn “has voluntarily agreed to take an unpaid leave of absence, effective immediately,” and Tronc “has retained Sidley Austin LLP to conduct a review of the allegations regarding his behavior.” That comes after over 180 Times newsroom staffers signed a letter to Tronc’s board demanding that Levinsohn be removed permanently. Our original post follows.

NPR’s David Folkenflik published a big piece Thursday titled “Accusations of ‘Frat House’ Behavior Trail ‘LA Times’ Publisher’s Career,” and several of those allegations involve Levinsohn’s past at organizations covering sports, including Yahoo and NewsCorp (during the period where it oversaw Fox Sports). Beyond that, while anything that happens at the Times as a result of this will go well beyond sports, there could be implications for the sports side as well.

Folkenflik writes that his piece is based on “court documents, financial filings and fresh interviews with 26 former colleagues and associates,” and that “Taken in concert, they suggest a pattern of questionable behavior and questionable decisions on the job. The portrait that repeatedly emerges is one of a frat-boy executive, catapulting ever higher, even as he creates corporate climates that alienated some of the people who worked for and with him.” After the story posted, a crisis management strategist working for Tronc sent NPR this response:

The crisis management strategist Charles Sipkins issued a statement on Tronc’s behalf Thursday afternoon saying Levinsohn had been placed under investigation by the corporation after the story was posted.

“This week, we became aware of allegations that Ross Levinsohn acted inappropriately. We are immediately launching an investigation so that we have a better understanding of what’s occurred,” the statement read. “At Tronc, we expect all employees to act in a way that supports a culture of diversity and inclusion. We will take appropriate action to address any behavior that falls short of these expectations.”

There’s a whole lot in Folkenflix’s story, including an Alta Vista lawsuit in 2001 where Levinsohn and other executives were defendants in a sexual harassment and sexual discrimination case, and where he “conceded under oath that he had assessed the “hotness” and bodies of female subordinates” and “testified that he had discussed whether a female subordinate was working as a stripper on the side and that he engaged in speculation about whether she had slept with a co-worker.” That lawsuit was settled in 2002 shortly before it was set to go to trial. The next lawsuit Levinsohn was named in was more directly connected to sports:

In June 2006, Levinsohn, by then a senior vice president for News Corp., was a defendant in a lawsuit against the company and various Fox executives (Fox Sports and other parts of Murdoch’s entertainment and television empire were still under the News Corp. umbrella at that time). The video producer who filed the suit claimed she had been sexually harassed in the workplace by her boss, a subordinate of Levinsohn’s. She alleged that when she asked Levinsohn for a promotion, he pointed to a Fox Sports sideline reporter, a former pinup model, as a template for success, saying she “learned how to work her way to the top.” The producer suing the company also alleged that sexual harassment was rife in the workplace culture under Levinsohn and other executives there.

The suit was withdrawn by the plaintiff, Amber Tribble, in December 2006, a month after Levinsohn left News Corp. She filed a second case making the same allegations against Levinsohn and others in June 2007. It was fully settled by News Corp. and Fox in April 2008, according to court documents.

On that front, while Fox Sports and other Fox broadcasting entities are now under 21st Century Fox rather than News Corp (they were spun off from the publishing side in 2013), they’ve run into plenty of sexual harassment cases since then, including the Fox News scandal that engulfed everyone from Roger Ailes to Bill O’Reilly to Eric Bolling and Fox Sports’ firing of Jamie Horowitz.  And there have been other allegations of sexual harassment at Fox Sports before, including some during Levinsohn’s tenure (as per his LinkedIn profile, he was “President, Fox Interactive Media, SVP/GM Fox Sports Interactive Media, SVP News/Digital Media” at NewsCorp between 2000 and 2006).

Beyond that, other claims about Levinsohn in the NPR piece have some sports connections. For one, there’s commentary about his time at Yahoo and his approach to selling ads at Cannes:

According to a half-dozen former Yahoo colleagues, Levinsohn’s approach to selling ads — a huge component of his job — involved throwing parties to entertain. In 2011, Levinsohn arranged the lease of a boat by Yahoo off the coast of southern France to entertain business partners and clients at the Cannes Lions Creativity Festival. Paid models mingled with participants as they downed drinks while the yacht made small loops in the Mediterranean Sea, according to three former Yahoo executives.

One attendee from another company recalled that she got onboard, having been invited by Levinsohn to talk business. She told NPR she got off the boat as quickly as possible, saying she shouldn’t have to strike deals in a setting where men were gawking at bikini-clad women.

Cannes yachts have come up before around Levinsohn, particularly in a 2017 Digiday piece that discussed Scout Media’s issues and mentioned their yachts at Cannes in 2014 and 2015 (Levinsohn came on board as Scout’s executive chairman in August 2014, and had previously worked with Scout’s James Heckman at NewsCorp and Yahoo). Yahoo and Scout are far from the only companies to throw yacht parties at Cannes, but it’s interesting that complaints about those parties popped up in this NPR piece. As did further complaints about Levinsohn’s parties:

[In the summer of 2011], Yahoo paid for a vacation home in the Hamptons for Levinsohn and Heckman to entertain clients. On more than one occasion, police intervened to shut down parties that generated so much noise they caused disruptions for neighbors, according to two former Yahoo officials.

The parties aren’t the biggest issue here, though; rather, it’s the behavioral accusations against Levinsohn. At a March 2013 lunch with fashion designers and models, he’s accused of saying “As my buddy said, why would I hang out with a bunch of ladies and fags?” And, at a Billboard party that May, further issues came to light:

“According to two eyewitnesses who attended the event, Levinsohn aggressively kissed a woman, his hands ranging over her body, in open sight of others present, including his own employees. (NPR also spoke to someone to whom one of the witnesses described the episode within 24 hours.) Levinsohn’s then-wife arrived in Las Vegas the next day, according to attendees. The physical contact appeared reciprocated to the witnesses; no one has alleged the contact was nonconsensual. But the two witnesses said they believed it to be inappropriate and unprofessional.”

This comes at a time when Levinsohn is trying to implement significant changes at the Times, including the creation of a contributor network he discussed Thursday:

Looks like Tronc is launching a contributor network, according to this presentation our publisher gave today. "Over time, emphasis shifts to more audience-targeted, self distributed and cost-effective models." https://t.co/EemCzRVZPf pic.twitter.com/G2Q2suatml

And this piece also comes at a time when many Times employees are worried about the direction Levinsohn is taking things. The NPR piece also discusses his significant compensation, the big consulting fees he previously received from Tronc, and incentive pay he gets for licensing revenues. It mentions the decision to give the old Times building and printing press to Tronc’s sister television operation, Tribune Media, which then sold them for a combined $225 million; Levinsohn voted in favor of that.

And according to Times journalists who spoke to Folkenflik, their union drive (results of the vote on that will be announced Friday) “has been propelled in part by related concerns over the commitment of the paper’s leadership to its journalism and its financial soundness.” Following the publication of NPR’s piece Thursday, the union organizing committee called on Levinsohn to resign:

We are appalled by the findings in the @NPR story on our publisher, Ross Levinsohn. Our statement: pic.twitter.com/tuIPTjv5cS

So there’s a whole lot of drama that could unfold from this. And while the Times is about much more than just sports, any move here could have a sports impact, from any potential suspension or departure for Levinsohn to any implementation of this proposed contributor network. This will be a situation worth keeping tabs on.