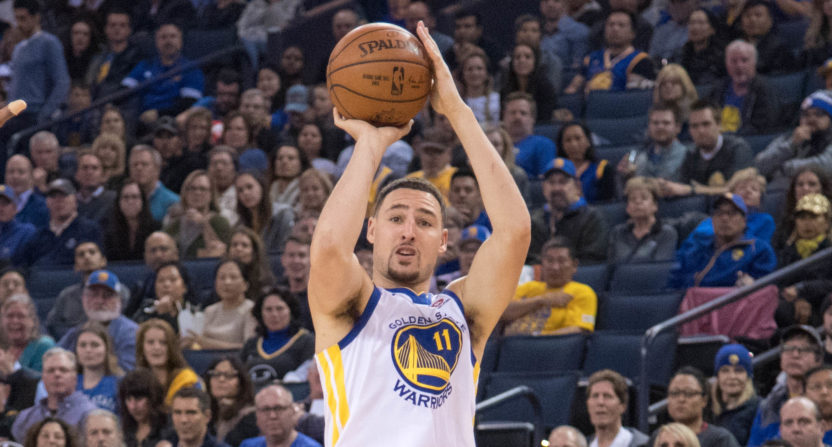 Klay Thompson is unlikely to play this NBA season after suffering a torn ACL in June during Game 6 of the NBA Finals. The Golden State Warriors’ star shooting guard doesn’t have much going on these days (aside from ACL rehab, of course), so he’s going to serve as a sideline reporter for an upcoming Warriors game.

NBC Sports Bay Area announced on Monday night that Thompson will be a sideline reporter for the second quarter of Wednesday night’s Warriors game against the Chicago Bulls.

#ReporterKlay is making his debut on Wednesday ?

Tune in during the 2nd quarter of Bulls-Warriors on NBC Sports Bay Area pic.twitter.com/Px2lBZGNEp

The Warriors have the NBA’s worst record at 3-14, with Thompson, Steph Curry, and D’Angelo Russell all injured. The team is downright unwatchable right now, so NBC Sports Bay Area hopes that Thompson reporting will get people to actually tune in to a Thanksgiving Eve team between two bad basketball teams.