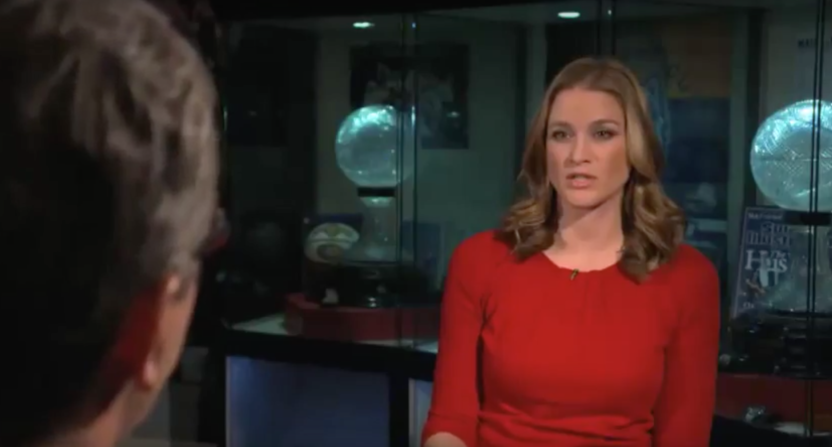 In May, in the wake of ESPN’s mass layoffs, former SNY television reporter Kerith Burke wrote an essay on Medium in which she worried her journalism career was over and said she had begun applying for communications jobs.

Five months later, Burke has landed on her feet, with a job as Warriors sideline reporter for NBC Sports Bay Area.

BREAKING NEWS out of @NBCSAuthentic.
We have a new @warriors Sideline Reporter.
Welcome to the team, @KerithBurke!! pic.twitter.com/Jc9J2OSWZG

Overjoyed. Let’s do this. https://t.co/ySpblBBiM8

According to the San Jose Mercury News, Burke will debut during Golden State’s final preseason game, against the Kings on Friday.

“I’m experiencing a lot of nervous excitement right now,” Burke said Wednesday morning. “I try to tell myself that it’s just basketball, but I’d be an idiot to think that this role doesn’t come with some extra importance and expectation. … It’s a really big honor and I’m humbled by the path I took to get here.”

Last year, Burke left SNY, where she had covered UConn women’s basketball, moving west “for love.” On the heels of an assignments covering the Rio Olympics for NBA, she picked up freelance gigs with NBC Sports Bay Area, as well as Pac-12 Network but struggled to find fulltime work and began applying to jobs outside of media.

I remember the news director at Comcast Bay Area saying, “We like you, but we don’t have anything open right now.” That’s a nice compliment paired with a dose of defeat. The news director warned me his shop was facing budget cuts.

I’ve been scrambling for gigs for eight months and I don’t know what to do. My identity feels cratered. Do I introduce myself as a sports reporter? Or a former sports reporter? I’m not ready to put myself in past tense.

I’m applying for communications jobs outside of sports and I’ve been rejected for every one. About half the time, I believe what I’m writing in cover letters. Whatever dressed up version of: I want to apply my foundation in story-telling and presentation to promote Brand X in a memorable way.

I don’t like writing cover letters for a future that doesn’t feel like mine. I want my identity back, the one where I had a newsroom and colleagues and debates and jokes and esteem and a TV on my desk set to SportsCenter and postgame drinks. I want my old paycheck. Most importantly, I want my old purpose. I don’t know who I am without sports. I don’t want to be past tense.

But then Warriors sideline reporter Roslyn Gold-Onwude took a job at TNT, opening up her former position at NBC Sports Bay Area, and Burke got the call. Replacing the highly acclaimed Gold-Onwude will be difficult, but this is still a highly appealing job. Burke will report on the best team in the NBA and one of the most compelling teams in sports history. Not so bad at all.