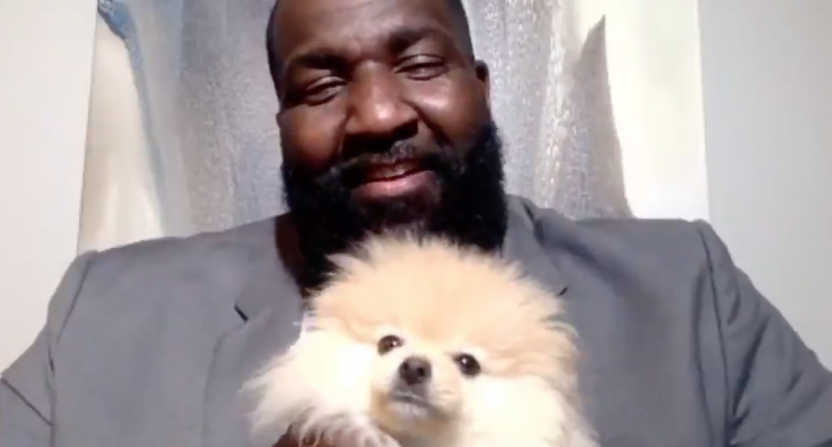 Kendrick Perkins was trying his best to provide some postgame analysis of the Boston Celtics’ 121-113 win over the Los Angeles Lakers on NBC Sports Boston Thursday night. But from that remote setup, his wife’s Pomeranian would not be ignored.

As Perkins was attempting to explain how much of a boost center Tristan Thompson has provided since recovering from COVID-19, his wife’s dog was barking from an adjoining hotel room and could be heard on the NBC Sports Boston telecast.

Postgame host Abby Chin brushed aside Perkins talking about the Celtics winning 10 of their past 11 games with Thompson in the lineup and wanted to know about the barking in the background. Analyst Brian Scalabrine then began teasing Perkins about going from owning a Rottweiler to a dog that seems less imposing.

“What you have to understand is I’m still in the hotel,” Perkins explained, “the next room over is my wife’s Pomeranian and, I mean, he’s just going crazy. And I’m sitting up here wondering when the hell is he gonna shut up.”

This was incredible @kendrickperkins ? pic.twitter.com/kNZkbYZXk8

Following a clip, the show went back to Perkins who gave in to the Pomeranian’s demands and put him on television. We didn’t get the dog’s name, despite Chin asking, but Scalabrine rightly pointed out that playing with that little ball of fur might affect his street cred.

As Perkins continued to explain on Twitter, he’s just a guy trying to work if his family would let him.

I’m trying to work got Damn it! If it’s not those damn children of mine it’s their pets. Jesus Christ! https://t.co/TkArzUhzcF

Perkins talked tough, but his smile gave him away. May someone love you the way Perkins loves that Pomeranian.

Related: Field Yates tried to keep it together during NFL Live segment while dog pukes just off camera

But we liked Scalabrine’s suggestion that Perkins get a matching gold chain for the dog so they could both sport some bling on TV. Forgive our very, very crude photo-edit here. We probably need an intern for this stuff. 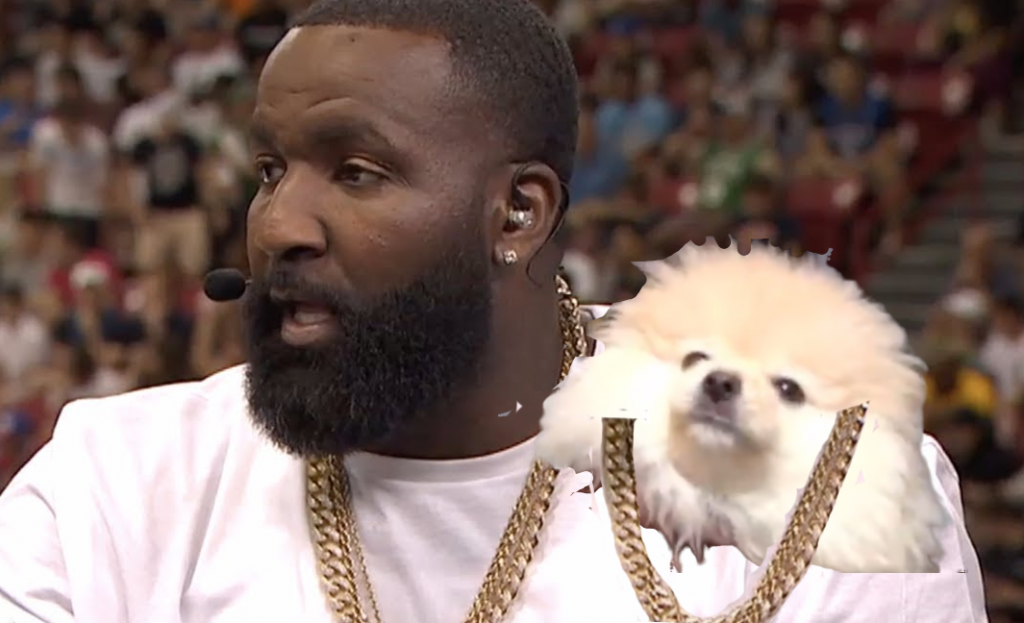 [Hat tip to @GlobeChadFinn on this one]