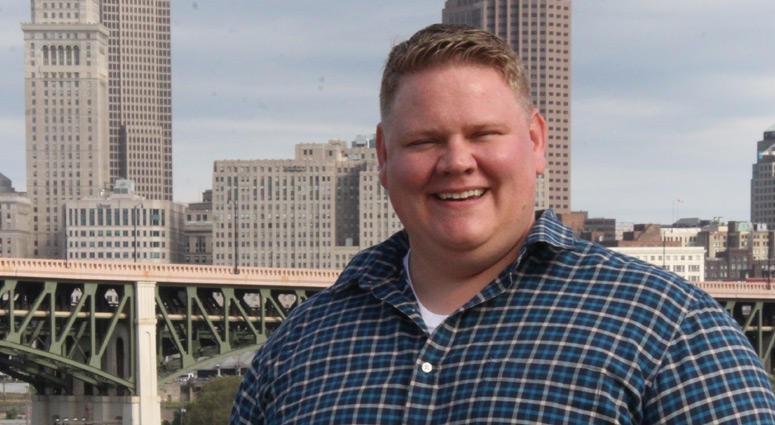 One of our favorite things to cover here is meltdowns, from players to coaches to analysts to news anchors to announcers to radio hosts. Well, 92.3 The Fan Cleveland (a CBS Radio affiliate owned by Entercom) morning host Ken Carman delivered a meltdown for the ages Monday after the Browns’ 24-19 loss to the Denver Broncos. See, Carman guaranteed last week that the 2-5 Browns would beat the Broncos, who were 2-6 heading into Sunday’s game and starting Brandon Allen, who hadn’t started a game since the Liberty Bowl in January 2016 (for Arkansas).

Well, the Browns solidly failed at that, falling to 2-6, and Carman absolutely lost it on his show Monday morning (starting at around 9:15 here):

“This whole show is my shame bush today. The whole thing. I’m going to try to keep my wits about me and try not to scream, kay? Cause I’m very upset. I don’t even know where to begin, but I’ll just go into something here; please allow me to address everybody, and then we’ll take it from there.”

“Because what transpired yesterday was a microcosm, but one that blew up everything that has been wrong with this sorry, sad-sack organization since the beginning of the football season. I thought they’d be fine after Tennessee (a season-opening 43-13 home loss to the Titans); they weren’t. I thought they’d eventually be fine, they weren’t. I have Jermaine Whitehead sending threats to my coworkers, I got him sending threats to the other fans out there, I got Chad Thomas on Instagram backing him up because of that. Yeah, a lot of people didn’t realize that; you’ve got Chad Thomas sending that out out there.”

“Now again, I’m going to try to keep things down. The offensive line play has been garbage, they’re sending messages to [left tackle] Greg Robinson, that isn’t going too terribly well, is it? I got [guard] Wyatt Teller on the other side,  I just throw him into this, but that ends up being friendly fire, because Ryan Teller, or Wyatt Teller, whatever his damn name is, I’m sure is doing the best he possibly can. And so is [tackle] Chris Hubbard, and even you know what, Jermaine Whitehead, who says he has a broken hand, who’s playing with a broken hand. I know you’re doing the best you can, but the best you can SUCKS.”

“And I’m holding off on a couple of people, cause I got a few I got to get out of the way. I’ve got guys who are questionable, like we did on Friday, whether or not they want to go into a game, and I’m being asked if I want to answer those questions coming up on a Monday because we didn’t see a certain wide receiver yet again too very much. I have an offensive line that sucks. I have a defense that hasn’t been able to do it. And [defensive coordinator] Steve Wilks and this GREATNESS that was supposed to be here wasn’t going to be here. I’m raising my voice, I need to bring it down.”

“And let me get to the young quarterback [Baker Mayfield], shall we? Let me get to him. Because he had more shaves yesterday than touchdown passes! I couldn’t believe that I ended up being right about one thing; because when you show up with a full beard and you shave to a Fu Manchu for a football game, there are two things. One, you’d better win, because you can’t go out there in the post-game press conference after a loss with a Fu Manchu. The SECOND thing is, if you are looking for a facial hairstyle to dig you out of the problems that you’ve been in, then you are a desperate person. And he is a desperate person, and they are a desperate football team.”

“He’s supposed to keep this list? Baker Mayfield, with this garbage yesterday, has worked himself into a shoot. You have an enemies’ list? You keep a list, whether it be mental or on paper, of enemies that you have sworn you will never, never relent, that you will always stick it to, that you will always put it to, guess who should be put at the top of the list. It’s YOURSELF.”

“Because you’ve been worked into a shoot. You have upset the fanbase, you have upset yourself with this whole CLOAK OF FAILURE that is draped upon you. Fu Manchus and clown shoes! And threats to the fanbase! And you’re 2-6, after making one of the most historic trades in football history. So you know what I’m going to do for the next three hours and 40 minutes? I’m going to lay down like a rug. I’m going to lay here, metaphorically, and take it. ”

“Because I said what I said, and it’s my freaking fault for having any FAITH whatsoever in you! I SHOULD NEVER, EVER DO IT EVER AGAIN. I SHOULD NEVER HAVE FAITH AGAIN. I should line up and be like the predecessors before me and be NASTY and be MEAN-SPIRITED and ANGRY OVER THE ENTIRE THING! EVERY SINGLE TIME WE HINGE ON ONE OF THESE QUARTERBACKS THAT WILL HOPEFULLY SAVE US FROM THE HELL THAT WE HAVE CREATED FOR OURSELVES THROUGHOUT THIS ENTIRE TIME! AND WE HAVE THIS HAPPEN YET AGAIN! MORE SAVIORS! MORE MESSIAHS! THE SAME! DAMN! ACTIONS! THE SAME DAMN THING! THE EMPEROR NO LONGER HAS CLOTHES, AND I AM A SHELL OF MYSELF! TODAY’S A DAY WHEN THINGS CHANGE!”

We do appreciate the efforts to remake “1976’s Network, but about the Cleveland Browns”:

However, this guarantee still worked out better for Carman than one did last year for ESPN 850 Cleveland’s Aaron Goldhammer, who ate literal horse poop on air after guaranteeing that the Browns wouldn’t draft Mayfield. So, you know, at least Carman didn’t go that far.