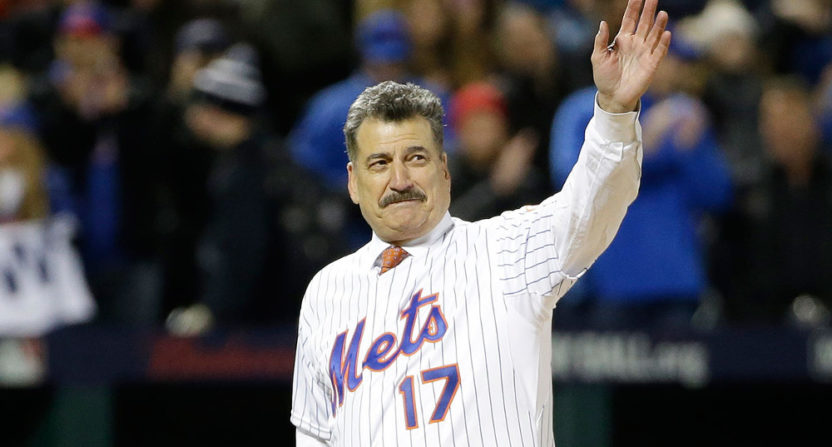 SNY Mets broadcaster and famed former player Keith Hernandez certainly has made plenty of headlines over the years, and he’s not slowing down in that department. Or on the road, apparently.

Hernandez joined Boomer Esiason and Gregg “Gio” Giannotti on New York radio station WFAN’s morning show Friday, and he had all sorts of interesting things to say, but the most notable may have been his comments about speeding back to his home in Sag Harbor (on the eastern part of Long Island, an estimated 93-mile drive) after Mets games.

Here’s the whole interview; the part about Hernandez’s travel starts around 16:55 when Giannotti (who also commutes daily from Sag Harbor to WFAN’s studios in lower Manhattan) an estimated 91 miles, from there to the Mets’ stadium at Citi Field) asks about that and says “I’m always falling asleep when I’m driving. Any tips to help me when I start to nod off?”

“The drive back, I start at 10:30, 10:45, when there’s hardly any traffic. And to be quite honest with you, the Suffolk County police, who patrol Long Island, the L.I.E., they know my car and I’ve been known to go 80 [miles per hour] all the way home, which means I get home in around an hour and 10 minutes.”

Esiason then jumps in with a “I don’t think we really need to be talking about that right now!” with a laugh, which is a good save, but maybe a bit late. The whole conversation’s pretty funny beyond that, too, including his discussion of his 15-year-old cat Hadji (note spelling!) around 13:00, his KeithHernandezShop.com merchandise around 14:00 (“I’m a good capitalist!”, and it turns out he got the idea from MLB on Fox postseason teammate Frank Thomas), and joining Twitter. The Twitter discussion around 11:15 is pretty interesting, including Hernandez saying he wasn’t sure what he was getting into:

“I had absolutely virtually no idea, I basically went on Twitter to promote my autobiography, coming out May 15th and titled I’m Keith Hernandez, and within 48 hours, I had like 15,000 followers, and four days, I had 20, and by the end of the week I had 35, 40, and now I have over 50. It just kind of took off, and I’m having fun with it, but I just realized I can’t do anything controversial. People are calling about all sorts of things, it’s not just Mets’ fans, there’s Cardinal people out there in St. Louis, pretty much there’s people around the country, there’s Mets’ fans everywhere, so I’m having fun with it. I just make sure that when I get trolled by a nasty guy I don’t respond.”

So Hernandez is definitely living life in the fast lane, on and off the Long Island Expressway.