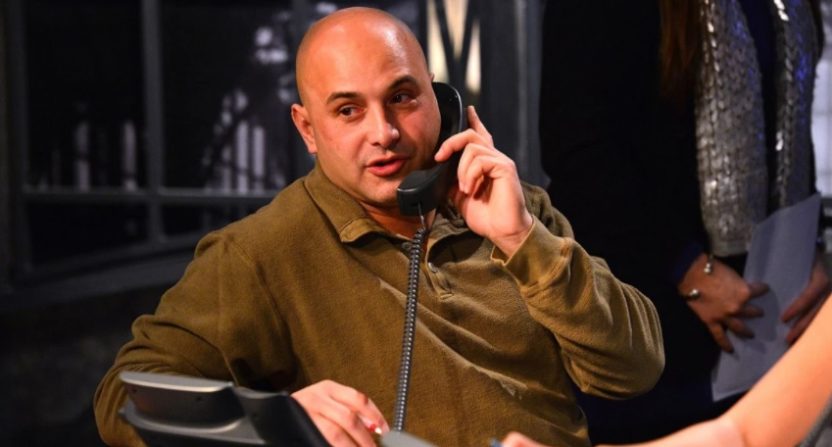 Former WFAN host Craig Carton was sentenced to three and a half years in prison and three years of probation on federal fraud charges Friday for his role in a ticket-buying Ponzi scheme. Prosecutors said Carton misappropriated at least $5.6 million for use on personal expenses, including gambling, and he’s cited a gambling addiction as part of what led him to do this. The prosecution had asked for a five-to-seven-year sentence, but judge Colleen McMahon decided to hand Carton a lighter amount of jail time. But it’s how she started her sentencing remarks that’s perhaps particularly notable:

Judge opened her remarks with, “Good Afternoon Mr Carton, Colleen from New York. First time, long time.” A reminder that no matter a person’s ego, when you’re at the mercy of a Judge you will be humbled.

Yep, that’s the “first-time caller, long-time listener” phrase that’s become so long-running (Bill Simmons referenced it re: Mike and the Mad Dog in a Page 2 column in 2007, a sentence that should make everyone feel extremely old, and it popped up years before that too, as seen in a 2004 Metafilter thread) and so common in radio that even Kristaps Porzingis dropped it on Mike Francesa at one point. McMahon then went on to talk about how she listened to Carton’s show:

Judge McMahon says she was listening the day Carton was arrested, had to call in sick. "Craig Carton, you have truly descended into a hell of your own making."

"Maybe someday I'll turn on WFAN and there you will be," Judge McMahon says to Craig Carton. But she HAMMERS the Fan for filling the airwaves with ads for sports gambling. "It troubles me."

Meanwhile, Carton will apparently have plenty of opportunities to relay his side of this before heading to prison. As per Phil Mushnick of The New York Post, Carton has produced a “The Reckoning” video to be released to the public. Carton will also be a guest on ESPN New York’s The Michael Kay Show this afternoon, which is interesting considering how long he spent working for their competition at WFAN. No word on if he’ll greet Kay with “First time, long time.”