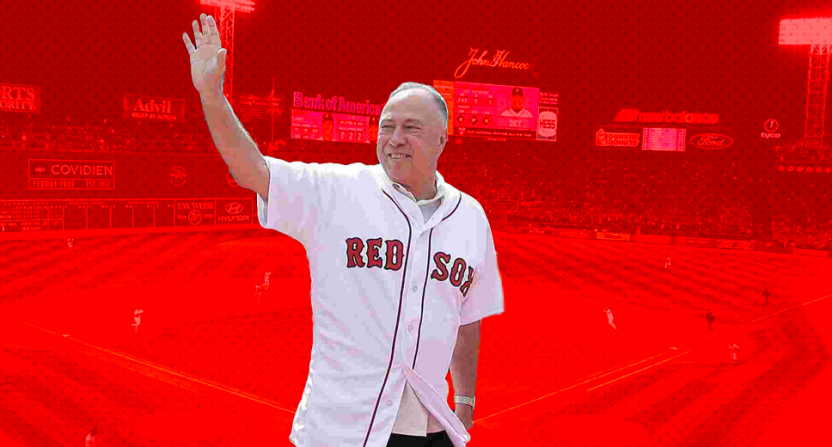 Last month, NESN announced that Red Sox analyst Jerry Remy’s cancer has returned for the sixth time. It was only a year removed from Remy’s fifth bout with lung cancer, for which he eventually underwent chemotherapy. At the time it was announced that Steve Lyons would replace him in the Red Sox booth alongside Dave O’Brien in the interim but that has since extended into September and will likely remain the ongoing two-man team for the remainder of the season.

Given that he just finished a four-week course of radiation and doctors are still working on a vaccine to help combat his cancer, you might think that Remy would be ready to hang up the microphone and take it easy. But that’s not how Jerry Remy works and he told the Boston Globe that he plans on returning to the booth, even if he admits he’ll have to cut down on his schedule.

“It’s something we’re going to sit down and talk about,” Remy said during his first visit to Fenway Park since the cancer returned in August. “I think that the best way to describe it is I’m not retiring. But there will be limitations.”

“I’ve got to look at a number that is something that I can work with and they can work with,” Remy said. “I think there will still be a place for me to do a good number of games.”

Remy did say that he will no longer travel with the Red Sox for away games (so no more toasted grasshoppers). As for how many home games he’ll work, that remains to be seen.

Remy returned to the booth on Wednesday as a guest, sitting in with O’Brien and Lyons for one inning during the second game of a doubleheader against the Baltimore Orioles. He also noted that part of the reason he wants to return to the booth is the overwhelming support he received from Red Sox fans following the announcement.

“The only way I could possibly answer the people was by going on TV and thanking them personally,” Remy said. “We’ve read every single one that’s come in . . . it’s been cards from 8-years-old to 90-years-old. It’s been incredible.”

Remy also predicted the Red Sox would go to the World Series, which, to be fair, isn’t a big stretch right now, but is also very Jerry Remy.