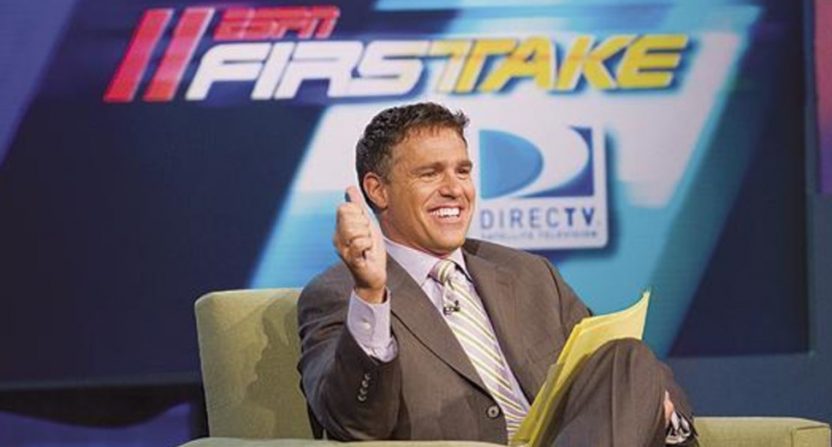 During his tenure at ESPN, former SportsCenter anchor and First Take host Jay Crawford proudly carried the flag for Cleveland sports as a northern Ohio native. When Crawford left ESPN as part of the company’s massive number of layoffs a few years ago, it wasn’t a surprise to discover that he had found work on the sports beat in Cleveland, most notably as the announcer for Cleveland Browns preseason games. He’s also held other jobs in Ohio, including as an executive in residence at alma mater Bowling Green State University.

But what’s happening next in Crawford’s career may be a surprise. The longtime sportscaster will now be making the shift into local news. It was announced on Tuesday that Crawford would be joining the NBC affiliate in Cleveland, WKYC, as a full-time news anchor. He’ll be a multi-platform anchor for the station and will launch a new 5 PM newscast next year.

“When I began my TV career it was always my goal to one day work in the Cleveland market,” Crawford said. “After 15 years of living in the northeast and covering sports at the network level, I am absolutely thrilled to be coming home to work in and cover the community I love. I anxiously await launching the latest phase of my career at WKYC-TV and expanding my broadcasting and digital experience into the fast-paced world of news.”

While he has always loved sports, witnessing Cleveland’s extraordinary momentum called him home, and he’s ready to experience and celebrate it with a new role.

“Jay has lived and breathed Cleveland from his national anchor seat and we are happy to have one of the city’s biggest fans join the WKYC team,” said Micki Byrnes, WKYC President and General Manager. “We are looking forward to Jay rediscovering what makes our city a fabulous place to raise a family, have a fulfilling career and live an inspired life. He’s creative, has a great sense of humor and will enjoy connecting with the amazing people in Northeast Ohio on air and through our digital platforms.”

It will be interesting to observe how Crawford does in this new role, but the switch from covering sports to covering news isn’t completely uncharted waters. In fact, we’ve seen a few people be very successful on the national level, like Robin Roberts on ABC’s Good Morning America and James Brown as a contributor for CBS News. Kaylee Hartung transitioned from being a reporter at ESPN to CNN. You could even throw Michael Strahan into the mix, or Josh Elliott, who has gone back and forth between covering sports and news in his career.

It’s encouraging for Crawford that he’s being able to take hold of a new role and in a market that he has always held in such high regard. Perhaps it’s worth watching if others who used to call ESPN home find doors that open in the news world too.