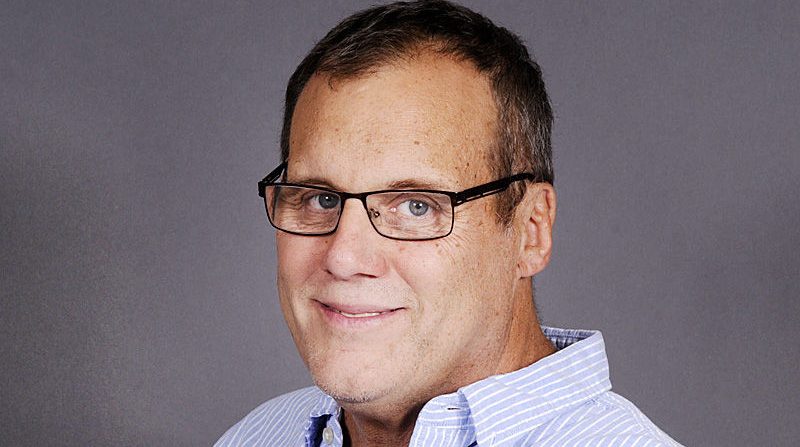 The thoughts of many in the sports world are with Terry Hutchens, a long-time Indiana sportswriter particularly known for his coverage of Hoosiers’ basketball over the decades. As of Tuesday, Hutchens was in critical condition in hospital following a three-car crash Monday. The CNHI chain Hutchens works for ran a story on him Tuesday, which appeared in papers like The Herald-Bulletin (based in Anderson, IN):

…The responding police officer found Hutchens slumped over in his car. After not finding a pulse, the officer performed CPR on Hutchens before medical personnel arrived and transported Hutchens to Community Hospital North.

Hutchens, 60, remained unresponsive in the intensive care unit at the hospital early Tuesday morning, according to the accident report.

…CNHI Sports Indiana Editor George Bremer, also sports editor of The Herald Bulletin, said Tuesday that he was shocked by the report of Hutchens’ accident.

“Terry’s one of the most respected and celebrated sports journalists in the state of Indiana,” Bremer said. “The professionalism he brings to CNHI Sports Indiana is unmatched.”

Hutchens was very well-known to those in the Indiana sports world, and tributes to him poured in on Twitter Tuesday, from coaches, executives, journalists and more.

Everyone please say a prayer and keep longtime IU Writer, Terry Hutchens and his family in your thoughts right now. Terry is hospitalized after an car accident. Really appreciate how he’s treated us and covered us since our arrival. Has covered IU basketball for a long time.

Thoughts and prayers for IU Sports Writer, Terry Hutchens following the car accident that he was recently in. I have so much respect for the manner in which he covered our program. 1st Class in every way!

My thoughts and prayers are with longtime Indiana sports journalist and former Colts beat man Terry Hutchens and his family.

Devastated to hear this. Hutch is one of the best in the business and a Big Ten insttitution. My thoughts are with him tonight.https://t.co/FY36kgW3dY | CNHI Sports Indiana's Terry Hutchens critical after three-car crash

My thoughts and prayers are with Terry Hutchens and his family tonight.

Anyone who has covered Indiana in the last two decades has met Terry. He’s a fantastic writer and a better person.

Terry Hutchens was my first mentor in journalism. He also, as my professor, told me to never wear pajama pants to class again. He played a huge role in getting my career started, and I always will be grateful to him for that.

Really rough day … I would have never become a writer if it wasn’t for Terry Hutchens.

My basketball coach. My mentor. My teacher. My boss. My friend.

Praying for Hutch and his family tonight. One of the best men I have ever known.

Hutchens has obviously made a huge impact on a lot of people. Our thoughts go out to him and those around him in this difficult time.