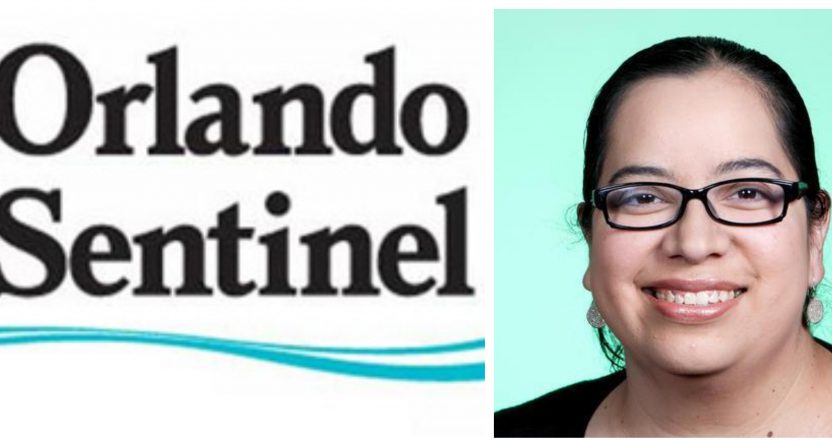 “The fact that I’m the only Latina sports editor is remarkable,” Limón Romero told the Sports Journalism Institute in a story published earlier this month. “I was honored that people believed in me and said I was the best person for the job.”

Per the Sports Journalism Institute, Limón Romero joined the Sentinel as a UCF sport beat writer before becoming assistant sports editor. She ascended to sports content director after her predecessor Roger Simmons took another job within the company.

It’s no secret that sports media has room to grow in terms of diversity, particularly in the leadership ranks. On the 2018 Associated Press Sports Editors Racial and Gender Report Card, the industry received a B for racial diversity in hiring and an F for gender diversity. The APSE’s report found that 90 percent of sports editors, 70 percent of assistant sports editors, 83 percent of columnists, 89 percent of reporters and 78 percent of copy editors/designer were male, while similar proportions were white. Those numbers, the report concluded, were heavily influenced by ESPN’s relatively diverse staff, and would be dramatically lower if ESPN were excluded.

Limón told SJI that she hopes more Latina sports editors are on the way.

“I can’t be the only Latina sports editor moving forward,” Limón said. “I look forward to using this opportunity to make it less newsworthy when a female minority is appointed as an editor and add more voices to cover the diverse landscape that is sports.”