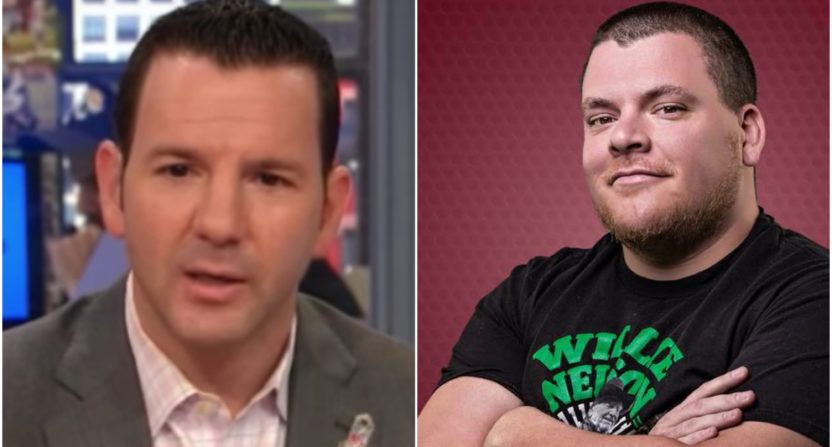 Monday saw quite the radio drama, with Chad Dukes of DC CBS affiliate 106.7 The Fan going on a 20-minute rant after NFL Network’s Ian Rapoport exited on him to take another call eight minutes into an interview. Dukes said he was particularly ticked off because he’d tried to record an interview with Rapoport earlier in the day, only for Rapoport to again leave him for another call.

Rapoport tried to apologize on Twitter Monday, but Dukes wasn’t particularly accepting of that, so Rapoport called in Tuesday and apologized on-air.

Here’s the key part of the transcription from The Fan’s Chris Lingebach:

“I just wanted to apologize for yesterday, for dropping you, for hanging up,” Rapoport told Dukes at the top of his Tuesday broadcast. “I know you’ve got a job to do. I appreciate that.”

“I like talk radio a lot. I listen to it. I grew up listening to it,” he said. “That’s why I make sure to really try to do as many of these things as I can. It’s good for me. I get to kind of touch a lot of different fan bases and talk a lot of different things that I like to talk about. I know it’s good for you guys. It’s unfortunate when that happens. I know it’s not something you want; it’s certainly not something I want, and I wanted to apologize for doing that.”

Dukes later explained his perspective and said he was so angry because Rapoport did it twice in one day, leaving him on hold for five minutes the first time. Rapoport apologized for that, and wondered if Dukes had anything to say about his own rant, but Dukes said while he’s willing to move past this, he won’t apologize for how he handled it:

“You know, everything’s fine, but I can’t apologize for the way that I handle conflict on this particular forum. It’s the way that I’ve always done it. Now, I say the water’s under the bridge, and I’m sorry if that stuff was something you’re not accustomed to, but I don’t really feel like I have anything to apologize for, if that’s what you’re looking for.”

The two seem to have parted on okay terms, though, with Rapoport saying “I’m good” and “Well, I’m glad we talked about this” after that. So it doesn’t look like this is necessarily going to be a long-running feud. And both sides’ motivations here make some sense; Dukes was understandably cheesed for getting ditched twice, the second time live on air, while Rapoport was prioritizing his actual reporting job over a radio hit for someone else.

It’s interesting to see the two of them hash this out live on air the next day rather than keep the feud going, though, and both got to explain to Dukes’ listeners why they acted the way they did. At any rate, they again gave the media world something to talk about.