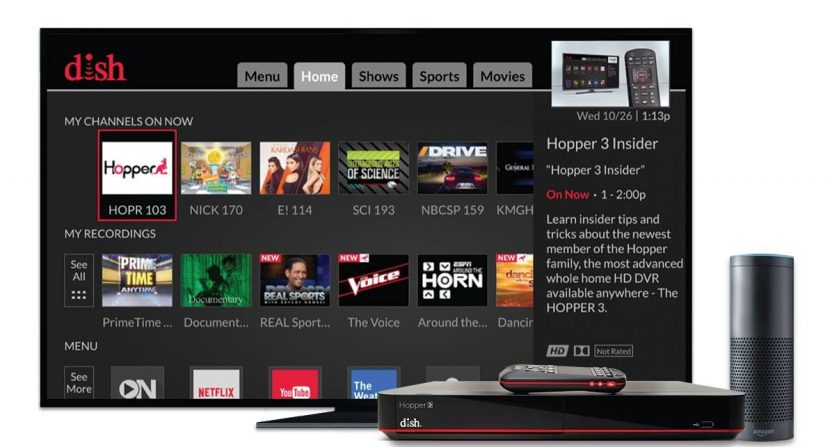 It seems pay TV providers and local broadcast TV station groups are in dispute on days ending in “y,” and this latest fight between Dish Network and Hearst is a particularly nasty one. Since March 3, Hearst stations have been backed out. Both sides are blaming the other for the dispute.

This has affected stations in Baltimore, Boston, Kansas City, New Orleans, Orlando, Pittsburgh, Sacramento and other markets across the country. Overall, Hearst has 31 stations in 26 markets and the station group includes 15 stations affiliated with ABC, 12 NBC affiliates as well as two CBS stations (Des Moines and Louisville).

In a video that Dish has inserted in place of Hearst channels, Dish programming exec Warren Schlichting acaused Hearst of refusing to negotiate with the company:

Hearst has fired back. In an open letter from Hearst Television President Jordan Wertlieb, he said any accusation that his company is unwilling to talk is “simply untrue.”

As we have said to DISH all along, we remain ready and willing to conclude a deal promptly. In contrast, DISH has said that they’re available day and night to reach an agreement, and yet they’ve refused to modify their completely off-market terms in any meaningful way. Given the foregoing and DISH’s extensive history of outages, we suspect they will employ any scheme that serves to delay meaningful discussions. While Hearst Television can’t force DISH to negotiate, we can assure you that we remain committed to reaching a fair deal, and we will work each and every day to make that happen.

Wertlieb warned that this dispute could go for a while:

DISH has been the most egregious abuser of pay-TV disputes within the industry. While the length of these disputes has varied, in numerous instances DISH has had outages that have lasted several months. Unfortunately, to date DISH’s lack of engagement and unwillingness to present a fair proposal suggest that DISH intends to employ their age-old strategy of a long-term impasse.

There’s never a good time for these disputes. There’s plenty of sports programming this month that is being blacked out.

For CBS stations, the NCAA Tournament is about to start and for basketball-crazy Louisville, it leaves viewers of WLKY scrambling for alternatives methods to watch the games. Those who live in NBC markets will have to do without NBC’s inventory of golf, hockey, Olympic sports and the English Premier League. And subscribers where Hearst’s ABC stations are blacked out will have to do without NBA games on Saturday nights and Sunday afternoons.

Again, viewers are left holding the bag until both sides come together on an agreement. Dish and Hearst negotiated until a March 1 deadline and then extended it by 48 hours, but the stations have been blacked out for the last ten days.

When this will end, no one knows and for Dish subscribers, this impasse may last a while.