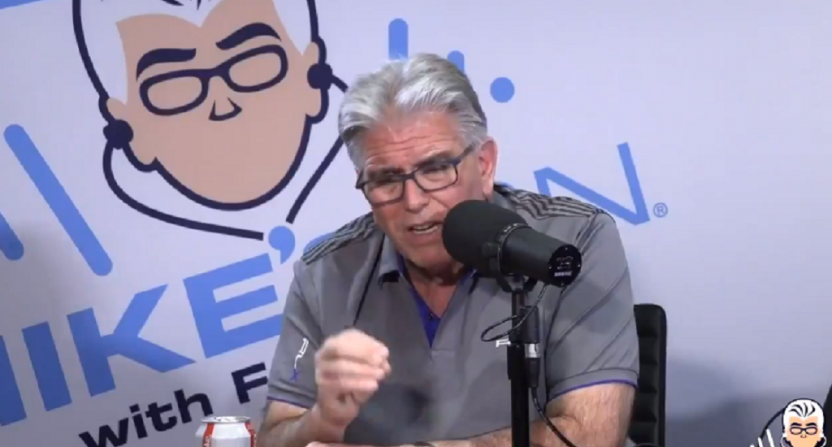 Just hours after being selected by the New York Giants in the sixth round of the NFL Draft on Saturday night, Washburn cornerback Corey Ballentine and his teammate Dwane Simmons were shot outside of a party in Topeka, KS. Ballentine was hospitalized with a gunshot wound to his backside, while Simmons — Ballentine’s best friend — was killed in the shooting. The details of the shooting are “still murky, and cops have no suspects,” according to the New York Post.

Despite it being very natural for athletes to be out celebrating and trying to enjoy themselves within hours of getting drafted, and despite Ballentine being lauded for being a high-character guy (it’s literally the first thing mentioned on his NFL.Com draft bio”strengths”, for example), Mike Francesa shamed the Giants and Ballentine on his WFAN radio show.

Mike Francesa, who has "been around" the #Giants for 40 years, has a thought about sixth-round draft pick Corey Ballentine getting shot. pic.twitter.com/su0EWCKskL

“When you finish your draft and stress how you went out of your way to take the right kind of guys, guys that you want on the team, guys that are going to be great character guys, and you stress that as strongly as the Giants did, it looks pretty bad when one of them gets shot on a Saturday night. It does not look good. It’s just more of the same for the Giants, who just can’t get out of their own way, no matter what they say.”

“It’s sad to see the Giants become a laughingstock that they have around the league.”

Ballentine’s dad, Karl Vaughn, fired back at Francesa for the damaging comments on Monday.

Vaughn told the New York Post that Ballentine “is the kid that that guy [Francesa] wished he had as his son.” He called the shooting “senseless violence,” and the shooting was “just wrong place, wrong time.”

“I tell you what. You can pick up every stone and every rock on the ground, and you won’t find a smidge of dirt tied to that boy,” Vaughn said of his son.

“He never had a discipline referral, never been suspended from school. He was an honor-roll student. … He got called to the principal’s office once in ninth grade — and that was because somebody stepped on his feet and he turned around and said stop. Because he raised his voice at somebody. And I’m in the principal’s office saying, ‘Why am I here?’”

“Those two kids were best friends, peas in a pod, kindred spirits. None of these young men had been in any trouble,” Ballentine’s dad said.