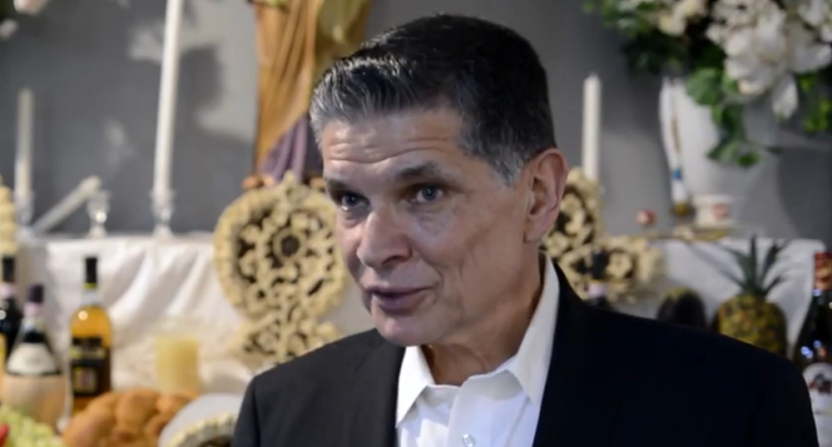 Gerry Vaillancourt, known to many as “Gerry V,” has passed away at age 72. Vaillancourt worked on Charlotte Hornets’ broadcasts from 1990-2002 as a radio analyst, TV analyst, and studio host. The Hornets announced his passing Sunday:

The @hornets have released the following statement: pic.twitter.com/mejbgVLCm3

Beyond his on-air work for the Hornets, Vaillancourt spent further decades in media in the Charlotte area, working in radio, local TV sports, and local TV news. He also followed the Hornets to New Orleans in 2002, working in media in that city for nearly a decade. He returned to a regular radio role in Charlotte in 2017. His other jobs included time as a local sports anchor, a local news anchor, an assistant college basketball coach at Davidson and James Madison, a high school basketball coach, a psychology instructor, a motivational speaker, and an actor.

Vaillancourt’s daughter Kelly told Scott Fowler of The Charlotte Observer her father’s passing came from a heart condition he was first diagnosed with 25 years ago. Here’s more from that piece:

“We never thought he’d get 25 more years after that diagnosis,” Kelly Vaillancourt said in an interview Sunday. “But he never did anything by the book. You never knew what you were in for each day with him, but you knew it was always going to be a good time.”

…Vaillancourt grew up in New York City and played basketball at Gardner-Webb. He later coached the sport at both the high school and collegiate level. “He would often say that basketball had saved his life,” Kelly Vaillancourt said.

…Vaillancourt’s heart issues had returned only in the last few days, and he had been doing occasional radio spots as usual for the last few months. He was fond of telling his friends and his listeners that they should “chase their crazy,” which meant, as he once wrote on Twitter: “Chase what you’re crazy about. The day will come when you’ll regret that you didn’t ‘chase your crazy!’”

The top photo of Vaillancourt comes from when he was honored with the Buddy “D” Media Award at the Louisiana American Italian Sports Hall of Fame Induction Banquet in 2016. Here’s the interview he did with Charles Marsala of AWE News on that:

Another look at Vaillancourt comes from a 2019 feature Rod Boone wrote on him at The Athletic. A highlight of that covers how he got into sports radio, and what things were like for him in the prime years in Charlotte:

When the Hornets bought his contract in 1990, he served as their TV analyst alongside play-by-play man Steve Martin, the team’s famed broadcaster who retired last season. It helped raise his profile and was a springboard for one of the days that changed his life forever.

“A guy calls me up and he goes, ‘I’m going to start a sports talk radio station in town. Have you ever done sports talk radio?’” Vaillancourt said. “I said no. He said, ‘Would you like to give it a shot? Let’s meet.’ So we met and then we helped launch WFNZ. … And then there was a rights change and WBT got the rights to the Hornets. So I left FNZ and went to WBT. So I was doing my show in the afternoon.”

…“This is why I’m fucking crazy,” Vaillancourt said. “I did my show in the afternoon, then I did a Hornet game at night. Then I was doing Panthers pre- and post-game radio for the station and they would fly me back in a day to do the Panther thing, and then I’d go back and meet the Hornets. And I did that for several years. So that was a reason why when opportunities came up to move and go to big markets to do talk radio, I didn’t want to move because I always had the perfect lifestyle. Lifestyle has always been important to me instead of chasing bullshit.

Vaillancourt only did leave as the Hornets did, following them to New Orleans and taking radio and TV jobs (including as a news anchor) there before eventually returning to Charlotte. He lived quite the life, and he left a mark on many. Here are some of the notable tributes to him from Twitter:

When I moved to Charlotte, there was one sports talk host above all the others. That was Gerry Vaillancourt.
He was the only one who was on both WBT and WFNZ. He was the giant for Charlotte sports talk, and was fun to listen to. I remember the phrase “throw me into the pool!” https://t.co/WrPup8ENgj

You entertained, you informed, you educated, you chased your crazy, and we all loved you for it. Now you can Rest in Peace, Gerry Vaillancourt

May the legacy of the V-Man live on forever pic.twitter.com/EPsAR3zrOC

Dang, just heard of the passing of our buddy and Charlotte icon, Gerry Vaillancourt. Thank you for everything you've given the Charlotte community over the last 30+ years and your passion for life was an inspiration to many. May you Rest in Peace and Relax in Paradise, Gerry V. pic.twitter.com/o3FELoH9Gr

Gerry V was a Charlotte sports radio institution & was always an inspiration to those that worked with him or listened to him. May we continue to honor his life & legacy by continuing to chase our crazy. Fly high Gerry V. https://t.co/ymTZgogugq

Extremely sad to say bye to one of the most talented guys I've ever had to pleasure to produce. #RIP Gerry V @gvtalk Charlotte Sports Radio will never be the same without you my friend. ?? pic.twitter.com/mQyvQ9mqcX

Gerry V has died. I can’t believe it. My condolences to his family. ?? @wbtradio

#Hornets statement on the passing of Gerry V. He was a great guy and one of the first people in this market to amplify my voice with his radio show. R.I.P. to V. You'll be missed, sir. pic.twitter.com/kACmMyspKG

Vaillancourt will certainly be missed by many. Our thoughts go out to his family and friends.