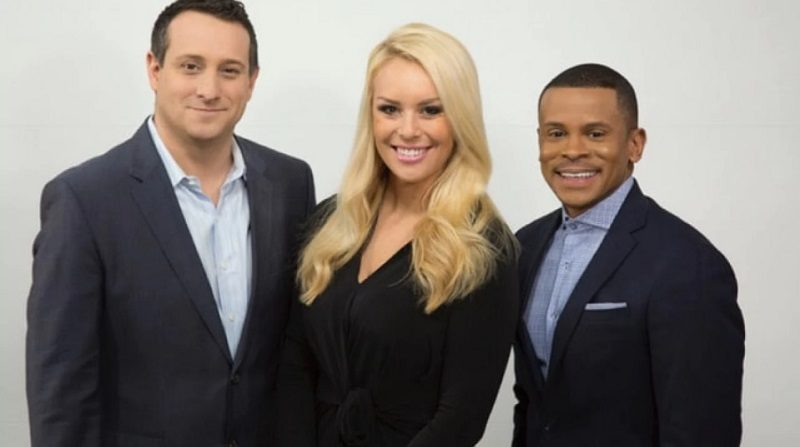 Former ESPN personalities Britt McHenry and Bram Weinstein will reunite for a weekly politics and pop culture TV show on Fox 5 Plus in Washington D.C, the network announced Tuesday. The duo will be joined by local radio host Guy Lambert.

The new show, called Like it or Not, will feature the hosts’ “candid opinions and observations on a wide range of news of the day topics and issues,” according to Fox 5 Plus vice president Patrick Paolini.

The biggest name here is McHenry, who was laid off as part of ESPN’s infamous purge last April, after three years at the network. Since then, she has abandoned sports reporting for political commentary, writing for the The Federalist and appearing frequently on Fox News. Last summer, she explained that she would “rather do something that I believe and love than just take a job reading copy or doing a sideline report.” As she told the Washington Post‘s Dan Steinberg in July…

“What’s attractive to me right now is more than just sports,” she said. “And there aren’t a lot of women who are not afraid to express their opinion, like I have been, on the Right side. And so again, does that limit outlets? Yeah, but I think if you hate me, or if you love what I’m saying, it’s true to what I think. I’m not making it up. … I feel like a weight’s lifted off my shoulders, that I can say what I believe.”

Weinstein, meanwhile, worked at ESPN for seven years (hosting SportsCenter for five of them) before leaving by choice in 2015. In 2016, he replaced Tony Kornheiser as host of his own midday show on ESPN 980 in D.C.

Both McHenry and Weinstein have histories in the nation’s capital. McHenry began her career at the city’s ABC affiliate and was based there during her time at ESPN. Weinstein grew up just outside D.C. and went to American University, then later served as a Skins beat writer before taking the job at ESPN in 2008. Their co-host Lambert currently serves as news director for WPGC, where he anchors The Joe Clair Morning Show and a weekly community affairs program called Community Focus.