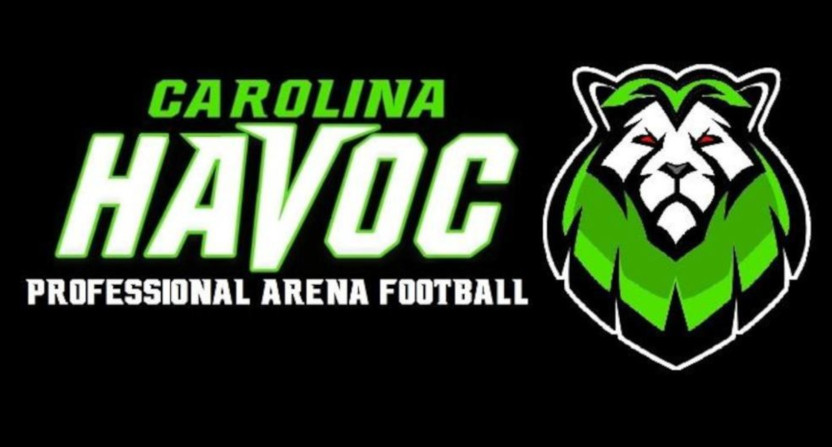 There have been quite a few impersonation stories over the years in sports, including the flood of fake Woj accounts, the fake reporter who claimed a Colgate player missed a flight, the guy who created fake recruit “Unique Brissett II,” the case of fake ESPN writer “Sarah Phillips,” Frank Caliendo calling Arizona Cardinals’ GM Steve Keim as “Jon Gruden” and “Adam Schefter,” the guy who impersonated a Wisconsin bar employee to try and watch a game on Pac-12 Networks, and, of course, Manti Te’o’s fake girlfriend.

But the latest one is notable for both the incredibly low profile of the person impersonated and for the success it found. As Sydney Smith of iMediaEthics writes, the Morning News (based in Florence, South Carolina, and recently discussed here for their interview with South Carolina president Robert Caslen that Caslen then tried to correct after the fact) recently ran a fake interview with someone claiming to be Chris Duffy (the owner of the Carolina Havoc in the American Arena League):

South Carolina’s Morning News was duped by a fake interview.

In a Dec. 3 retraction, SCNow.com reported that it had published an interview with Carolina Havoc indoor football team co-owner Chris Duffy, but the interview was actually with an impostor posing as Duffy.

“Comments that were attributed to Duffy came from somebody who phoned the newspaper and falsely claimed to be Duffy,” the Morning News reported. “The Morning News apologizes for the mistake.”

It’s obviously not great to run an interview with someone who’s posing as someone they’re not. And that is a risk you take if someone calls you out of the blue and if you don’t verify they’re who they say they are before publishing their comments. Also, while Duffy would seem to have an incredibly low profile in general (the American Arena League only began play in 2018 and isn’t exactly well-known), the Havoc were playing in Florence this year (after a first season as the “Atlanta Havoc” that saw them play in Buford City, win a league title, and then move to Florence) and the Morning News has been reporting on them, including on the former general manager suing them for $32,000 in back pay and on the Florence Civic Center opting not to renew their lease for next year given their low attendance (despite a 7-1 league record and a run to the league semifinals) and given mayor pro tempore Frank J. “Buddy” Brand’s complaints that he “had received several phone calls from people indicating that the games were not family friendly because of some of the language used on the field.”

So given that there was already a controversial story in the works around this team with the former GM’s lawsuit and with the team not returning to town, it would seem to make sense to be careful when conducting an interview with the “owner.” On the other hand, though, this particular Chris Duffy doesn’t appear easy to find on the internet, so it could have been difficult to verify who this caller was. That doesn’t excuse running a fake interview, but it also seems pretty incredible that someone would go to the trouble of this kind of impersonation. Then again, there are a lot of people out there who seem to get their kicks from impersonating actual reporters and spreading fake news and fake quotes, so it’s worth being careful even if you think the interview subject is someone no one would impersonate.