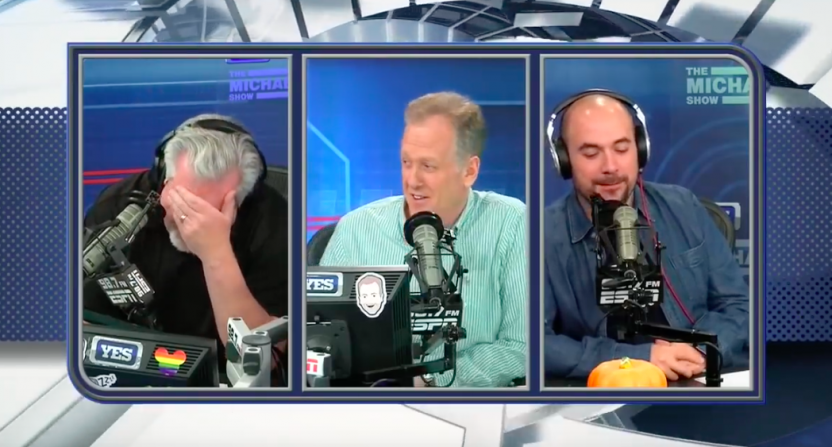 ESPN Radio’s Don La Greca, a co-host on The Michael Kay Show, needs to meditate. Or maybe do some yoga. Or at the very least, go for a walk on the Walkway Over the Hudson to clear his mind. To say the dude is high-strung would be an understatement.

You might remember him as the radio host who lost his mind on a caller who suggested that the Yankees pinch-hit for Aaron Judge in certain situations. There’s also the rant about the narrative surrounding their show vs. Mike Francesa. Or you might know him from one of his many other colorful rants that run that gamut on topic and scope.

You can add one more to the greatest hits collection after this week when a caller’s very bad trivia answer set him off once more.

The show’s hosts presented a question to callers for a chance to win some money. Who will score the first touchdown for the New York Jets this weekend? Simple enough. You could go with RB Isaiah Crowell as a safe bet. Or you could take a WR like Quincy Enunwa or Chris Herndon. Maybe you think Sam Darnold will run it in. Instead, the caller went with Matt Forte who, just in case you weren’t aware, hasn’t been a member of the Jets since 2017.

That’s pretty bad, to be fair. But when host Michael Kay gave the caller a second chance and he said Robby Anderson, who is injured, La Greca lost his mind on both of them.

“HOW MANY CHANCES YOU GET!?! Matt Forte’s not a Jet. Robby Anderson didn’t practice. Tough! How many guesses? Should he gets seven, Andrew?!? Let’s give him twelve! My God! We’re giving a chance to win money and you call up and don’t know who’s on the team? Well, keep picking! Keep picking! I don’t know…Sid Luckman! I’ll go with Sid Luckman! Gimme Joe Namath! Don Maynard! Let’s go with Don! Morons! I can’t take it.”

Can you imagine what it must be like to play Monopoly with Don? Terrifying.